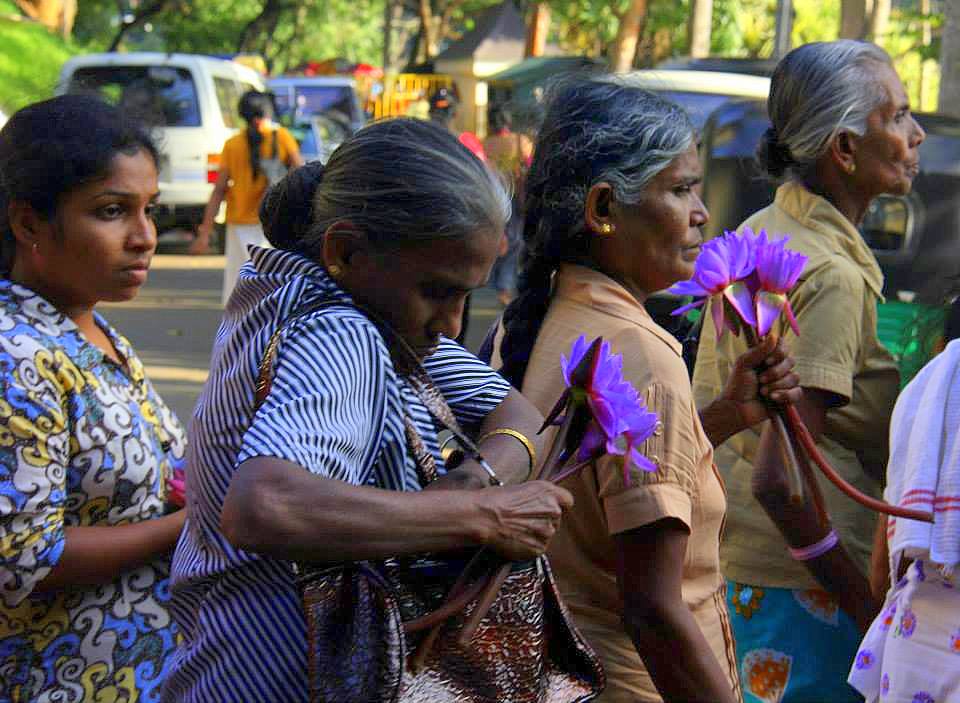 A very relaxing week in Kandy

My best memories of Kandy revolve around Ceylon tea, lush green hills, a serene lake, and peachy sunsets. I simply loved Kandy and met with some of the most interesting characters in Sri Lanka there. The island nation’s second-largest city, Kandy has the most picturesque setting. Located only at 3 hours distance from Colombo, Kandy has nearly everything: tea plantations, gardens, colonial buildings, important religious sites, bustling markets, and surrounding rainforest areas. It also has vibrant festivals, traditional dance performances, and lots of scams. I stayed there in two guesthouses there, had excellent experiences in both, and have happy memories of the old Kingdom of Kandy. It is true that Kandy has moody weather, the local tuk-tuk drivers are more aggressive than the rest of the country, and I got scammed there twice. Despite all this, Kandy is very pleasant and it is one city that looks lovely even when it’s raining.

Breakfast tea and Gerbera at my Kandy guesthouse

The origin of Kandy, the last bastion of Sinhalese independence

Kandy dates back to the early 13th century and it was formed by a handful of nobles of the erstwhile ruling kingdom. After the new capital was moved to Kotte (near present-day Colombo), the nobles declared independence and established their base in the town of Senkadagala. This town was set amidst steep rainforest-covered hills and was a remote, easily defensible location. Over the years, Senkadagala shortened into the sweet name of Kandy and it is derived from the Sinhalese word “Kanda Uda Pasrata” meaning mountainous district. Sweet sounding Kandy was firmly established as the capital of one of the three main kingdoms of Sri Lanka by the time the Portuguese arrived there in 1505. They immediately wanted to capture this highland city but all their advances were in vain. Kandy remained fiercely independent even as the rest of the island fell to the Portuguese and the subsequent European rulers. In fact, the Kandyan kingdom clung stubbornly to its independence despite multiple attacks by the Portuguese and the Dutch and its hilly location helped preserve its sovereignty. It is believed that the Kandyan kings were always ready for an attack and they prohibited the construction of bridges or the widening of footpaths into the city to avoid foreign invasions. Funnily enough, despite its isolation, owing to the efforts of its rulers, Kandy’s prestige remained unparalleled in Sri Lanka and the presence of the Tooth Relic made the city all the more important.

From an isolated kingdom to a charming colonial city

Ironically, it was also the last despotic ruler of Kandy that finally brought this final bastion of Sinhalese independence down and in 1815 the British took charge as its new ruler. Kandy’s independent nature, however, failed to keep it happy under British rule for long and frequent Kandyan nationalistic uprisings haunted the English during their entire stay in Sri Lanka. It was one of the British government’s constant woe and to make their access to Kandy easier, they constructed the famous hill country railway network. This reduced the British stress to some extent and the Ceylon tea brought in massive importance to the city. The British thrived on Ceylon tea and they built hotels, courthouses, and churches to cater to the needs of the ever-burgeoning community of Kandy’s planters and traders. Most remnants of this beautiful colonial architecture can still be seen in and around Kandy and they render the hill station a timeless charm.

You may also like: THE STILT FISHERMEN OF KOGGALA

I spent nearly a week in Kandy literally doing nothing. In the mornings, I used to have long lazy breakfasts watching the flower-covered hills get dappled by floating clouds. After that, I used to go for walks around the vast lake for people and water snake watching. The Kandy lake is a hotspot for birds and many monitor lizards call it home. The tree-shaded walk invariably went past the famous Temple of the Sacred Tooth and despite my week-long stay, I did not venture in. The temple was always crowded and being slightly claustrophobic by nature, I preferred looking at the long queue of devotees bearing purple lilies or blue lotuses as they are locally called. My lunches used to be at some local hotel in the downtown Kandy market, after which tea at the lovely Mlesna Tea Center. All I needed at that time was a good book and to thank god that I was in Kandy. It is one place in Sri Lanka, where I can live and re-visit endless times.

Street art tucked away in a Kandy lane

Blue lilies for sale outside the Temple of Sacred Tooth

One of the water snakes of the Kandy Lake

Kandy is pretty even when it rains

The city has many colonial buildings

A Kandyan dance show at the Lake Club

The fire-eater at the dance show in Kandy

The peacock dance of Sri Lanka

A woman with balancing plates

Most of Kandy lanes and by-lanes look like this

And the cultural capital of Sri Lanka.