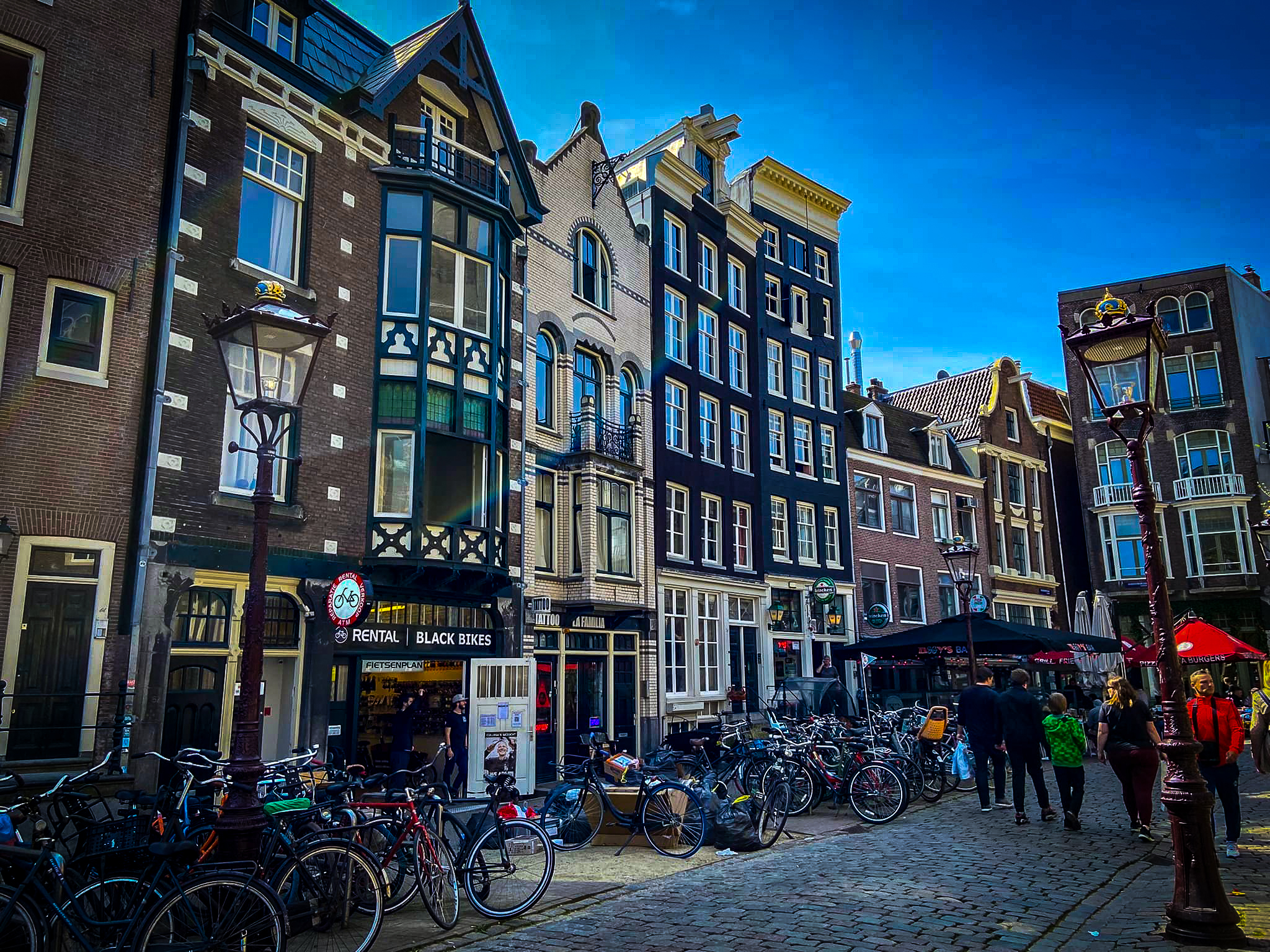 Experience a slice of local life on Amsterdam streets

Amsterdam streets are world known for their picturesque canals and dollhouse-like buildings reflecting the calm waters. However, there’s more to the Dutch capital city streets than canals and houses. There are beautiful bridges, old drawbridges, glorious churches, wonderful old leafy trees, and quiet little residential courtyards called hofjes. You can all sorts of things happening at the hofjes or more likely nothing at all except peace, the smell of sunshine, water and rustling leaves, and bird calls. Alternatively, you might find a food court tucked away in a hofje; a flea market, or a bake sale. Hofjes are the city residents’ jealously guarded secrets and their locations are not something that they would like to divulge easily to the tourists. Their reluctance is quite understandable for Amsterdam streets are daily pounded by thousands of rowdy tourists acting the fool. They come to one of the world’s most beautiful and cultured cities to hold crazy bachelor parties, go on drunken beer bike tours, smoke weed just about everywhere, or walk around the streets dressed in a penis costume.

Although I have visited Amsterdam a few times during my flying days, it was during my last visit that I actually stayed for nearly 5 days. It was in spring and the weather gods were smiling upon me. The days were mild yet full of sunshine and the sky was the colour of a lovely cornflower blue. Sunsets were delicately tinted with peaches and pinks and not once did it rain. Flowers bloomed profusely and the Japanese cherry trees were covered with frothy pink blossoms. It was weather meant for walking, aimless wanderings, and sitting in a sunny patch with a book. Amsterdam streets offered all these recreations and for 5 days I walked around the lace-like web of Amsterdam streets. Since it was Easter, the only precaution I took was to start my strolls early in the mornings so that I could avoid the mad rush of crazy tourists in the afternoons.

Life along the canals

Amsterdam streets showed off their famed loveliness: the houses, both narrow and sometimes crooked, stood in neat colourful rows; sturdy old trees rustled their green leaves like silk, and residents read newspapers and sipped coffee at sidewalk cafes. Children biked to school and I even saw an old man on a flat barge hauling out discarded items from the canal. It was his official job to clean out the canal beds into which the residents sneakily dumped every sort of unused item. From old broken bikes to bent metal bedsteads, the old man had hauled it all. Amsterdam streets donned their daily life look and even the resident houseboats showed signs of domestic activity. People vacuumed, cooked breakfast, and sometimes just lounged on the open sunny decks with coffee.

The famous bridges of Amsterdam were empty except for the masses of potted flowering tulips and builders worked busily repairing cracks on the city streets. Over the years, unseemly cracks and sinkholes have started on the streets alongside the canals. Bit by bit quay walls are crumbling down and the city officials can be seen hastily trying to repair the damages. The apparent reason behind Amsterdam’s imminent collapse is controversial. However, most residents agree that it is perhaps due to a lack of maintenance. In the 12th and 16th centuries, when Amsterdam was beginning to flourish, buildings were constructed on wooden piles on swampy land around the Amstel river. Concrete construction happened much later. At the same time, canals were cut into the same unstable soil and quay walls and bridges were built. These old constructions owing to their more than 500 years of age and their daily struggle with the elements needed regular maintenance that was apparently neglected. The closure of the city due to the Corona pandemic brought this threat to public notice and today, around 200 kilometers of canals need repair work. Amsterdam is collapsing and it is only in the mornings when the locals have time to sit and leisurely enjoy their coffee, do you get to hear these local stories from them.

Amsterdam streets as we know them

Escape to the bruin cafés

Something happens to the Amsterdam streets when the usual crowd of tourists starts thronging. The relaxed smiles vanish and in their place, disapproving frowns appear. Business owners shake off their easy-going welcoming ways and put on glittering predatory smiles. Sounds fill the air and these are raucous laughter, the monotone of a tour guide’s explanation, and thousands of pattering feet. Canal waters get disturbed by endless rows of tourist boats and people withdraw from their windows as tourists start taking pictures. Only the traditional Dutch pubs called bruin café remain authentic as locals and some wayward travelers seek refuge inside their cozy dim interiors. Authenticity reigns supreme here since it is the neighbouring watering hole. Nearly every Amsterdam street has one bruin café that caters usually to the locals. Most of them are not posh but comfortable, jolly places to hang out with your friends and neighbours. The cozy dark wooden interiors, stained walls, and ceilings of bruin café are made for ‘gezellig’ – the Dutch word meaning ‘a cozy and homey, relaxed feeling of being with people’. These are what I saw and felt while walking the Amsterdam streets. What did you see in the beautiful Dutch city of canals?

A little residential alley in Jordaan

I love these traditional Dutch houses with gables facades

Amsterdam from a touristic point of view

Notice the furniture hauling hook at the top

One of the large and noisy canal tour boats in Amsterdam

A cute bruin café in Amsterdam