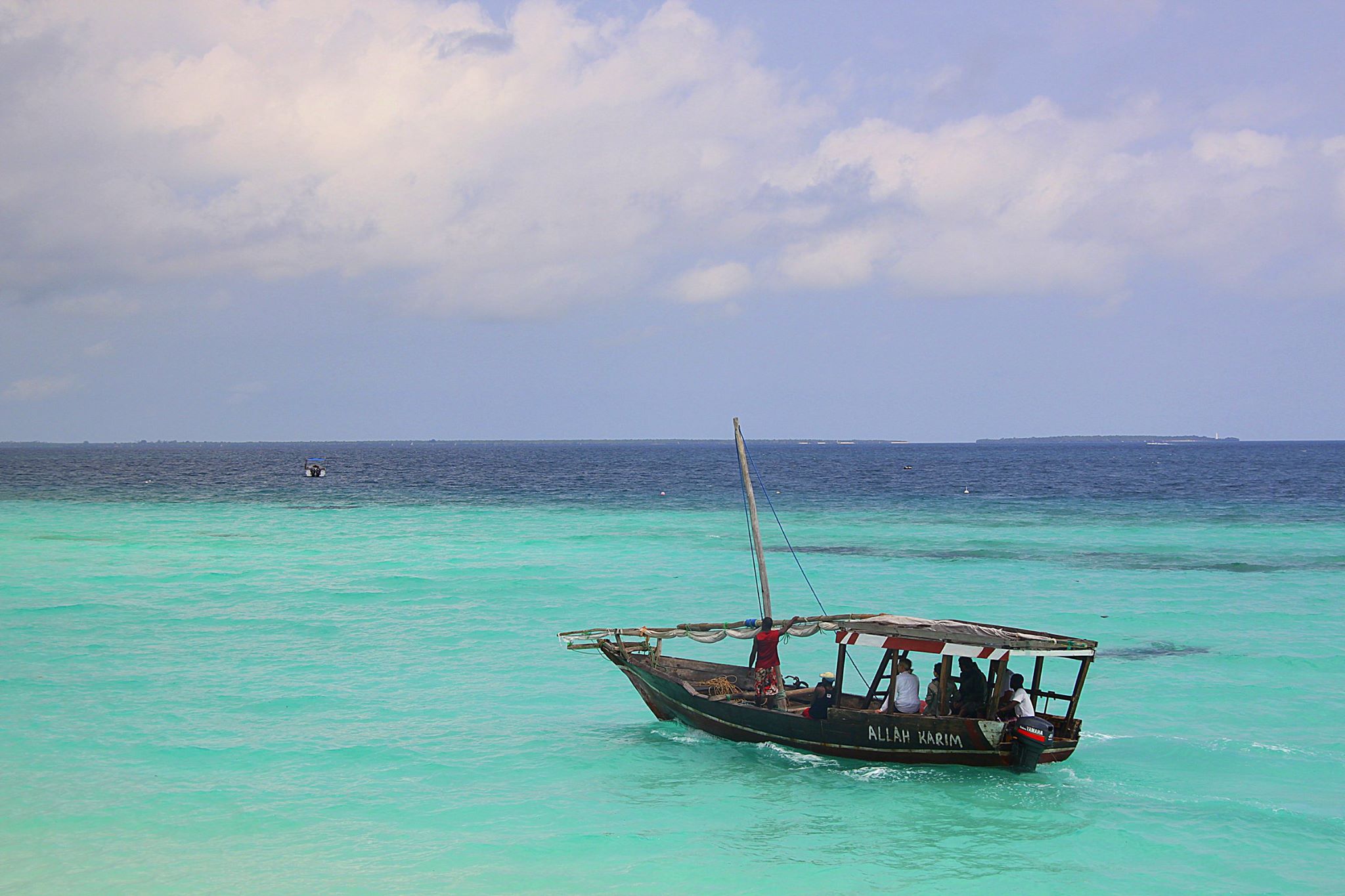 Safari, wildlife, and an epic road trip from my Tanzania holidays

My Tanzania holidays officially started in Kenya. I landed in Nairobi to embark on my first overlanding trip through Africa and that was a grand adventure. Being on a low budget, I opted for a no-frills overlanding small group tour with OverlandingAfrica and it turned out to be one of my best travel experiences. We were a group of around 15 people, along with an assortment of an experienced crew (guide, driver, and a cook) and our overlanding truck crossed African borders for 56 days in total. The first phase included Kenya and Tanzania and we crossed over at the dusty Namanga checkpoint. Camping, bushwalking, and safaris were included in our itinerary and for 2 weeks we rumbled across the wildlife-rich plains of Tanzania.

It was a trip focusing more on local experiences than comfort and the whole team participated in shopping at small village markets, preparing our meals, setting up tents, and helping a village build a school. Our campsites were quintessentially backpackers’ drags in Africa and they came equipped with communal bathrooms, dining spaces, and a fully stocked bar full of thirsty African explorers. The bars had good cheap beer, light snacks, a roaring television tuned perpetually to a sports channel, and travelers full of stories. This was our routine from the time we started in Swara Plains Acacia Camp in Kenya until we docked for 3 days at Arusha Snake Park camping ground. Sleeping in tents in a snake park was a bit strange, but the surrounding Masai village made up for the bizarre experience. Tanzania holidays do not necessarily mean pinching your pockets and on one particular morning, especially after a dirty shared toilet fuss, I did stare at the nearby expensive glamping grounds with envy.

Serengeti bush camping is a must do during Tanzania holidays

Our trip from Arusha continued on safari jeeps and after a very successful game drive in Ngorongoro Conservation Area, we camped for the night at Serengeti National Park. That was my first experience at bush camping (camping in the open in a national park) and I was too thrilled to sleep at night. Sounds of Serengeti kept me awake till dawn and I was one of the first campers to see a beautiful African sunrise and a pile of trampled trash. Incidentally, our camping ground was visited by a herd of curious elephants at night and they rummaged through rubbish and bonfire embers for food. The Serengeti sunrise in comparison to the shock of having a herd of wild elephants so close by was very soothing and by that time, I was used to the gorgeous early morning African skies. Tanzania holidays guarantee magnificent sunrises and that morning too, an orange rising sun painted the ancient savanna plains in rich gold and sapphire.

If I have to pin down my favourite Tanzania holidays memories, then the surreal sunrises would be on the top half of the list. That Serengeti morning, the signature acacia trees stood out in sharp silhouettes against the colour splashed sky and all around us the wildlife slowly stirred into wakefulness. A blue fox, a couple of hyenas, ostriches, gazelles, elephants, and a lion family strolled by at a distance and we began our Serengeti day with bird watching. Though, Serengeti National Park grabs eye-balls with its dramatic wildlife, especially The Great Migration, a wide variety of birds call it home. On our birdwatching drive, we saw many winged beauties like the startling blue sterlings, curved beaked hornbills, pastel-hued rollers. There were so many of them that even an impatient bird photographer like me managed to photograph them and all around us weavers’ birds nests swayed in the wind.

The (un)expected annoyance of Tanzania holidays

Because of the mild morning air, we combined our bird watching with some wildlife spotting and after two hours of game drive through Serengeti’s savanna fields, it was time to head back to Arusha. The drive back to the old campsite was riddled with troubles and we stopped at a small touristy looking village to get our broken jeep fixed. Now, like it or not, that is sometimes a part of Tanzania holidays annoyance and till today, I am not sure if the broken jeep stop was staged to push us into buying some overpriced souvenirs. The village as mentioned was a tourist trap and the progressing heat of the day made us linger around the shaded shops. The heat brought with it hordes of flies and annoying baboons swooped around us for food.

The pesky bunch called the large baobab trees home and to get away from them all, we shopped for bananas, Masai shawls, replicas of African weapons, wooden figurines and childlike Tinga Tinga paintings, before wandering between squatting rows of fat smiling fisherwomen selling dried fish, avocados and onions. It was late evening by the time we left the village and after a long, tiring drive, arrived at Arusha in the middle of the night.

That night, after a quick shower and dinner, we retired to our tents and the next morning mercifully started late. We were headed towards Dar es Salaam and our truck drove southbound for two days before reaching the outskirts of the smoky, noisy city. The drive was very pretty and the landscape became tropically muggy as we neared the coast. What most people do not realize on their Tanzania holidays, is how exactly big and varied the country is and our drive to the coast passed through its diversity. After the colourful Masai crowds in the dry heat of Serengeti National Park, the coastal vegetation seemed like breaths of fresh air. Lush, green and rich, the land in the south overflowed with vegetation and sedate ladies in hijabs swept mud courtyards in which bird cages swung merrily. Mangoes and papayas hung in thick clusters and flowers became bigger, bolder and gaudier. The agricultural land was interspersed with playing fields and the local boys kicked about hollow coconut shells for the ball in lively soccer matches.

As well as spotting

On our journey down south, we spent a forgettable night at a campsite in Pangani and after two days, the great Dar es Salaam finally arrived with the usual sights and sounds of a bustling city. The population became more chic and cosmopolitan as the outskirts of Dar-es-Salaam passed by and we eagerly swapped our jackets and jeans for shorts and t-shirts. The spice island of Zanzibar was up next on our itinerary and after the long overlanding drive, all of us excitedly looked forward to it. Our last stop before reaching Zanzibar was at the Kipepeo Beach Campsite and we relaxed our tired bodies with some sun, sand, and sea. Finally, there was no more shared task or setting up tents, and we stayed overnight at beach bandas instead.

And end your epic Tanzania holidays road trip at Zanzibar

Kipepeo meant butterfly in the local language and true to its words there were plenty of such winged beauties at the campsite. For all the members of our group, shared beach bandas (thatched hut with wooden four-poster beds) were allocated and I could see the ocean from my bed. Kipepeo was very much like the other watering holes for travelers on their Tanzania holidays and we spent our Dar es Salaam evening with games of darts, Kilimanjaro beer, and spicy calamari rings. The Swimming Cow bar like the other overlanding truck pitstops was full of action until late at night and for once, we were in no hurry to go to bed. There were no chores to complete, no tents to set up, and the next morning awaited us with the exotic Zanzibar island.

For more information check out my detailed Tanzania holidays itinerary.

But soon it had

Been time to leave

The beautiful and vast

And head towards the coast

With its blood red sunsets

Had been on our minds

And we had happily

For some serious R&R