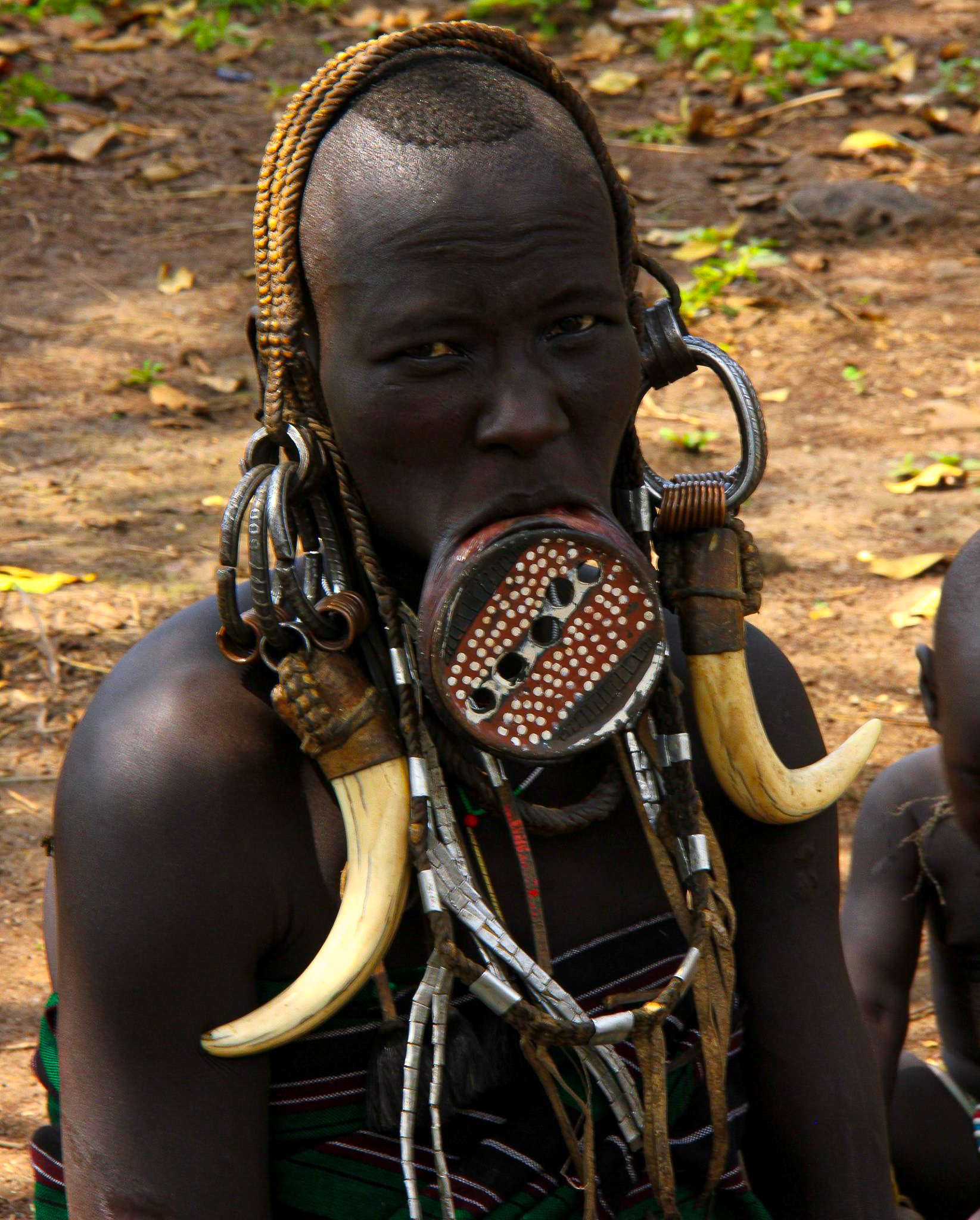 20 photos that will want to make you visit Ethiopia

It all started many years back when I saw fantastic pictures of the Danakil Depression; surreal photos of the most out worldly place on earth. Bubbling lava pools, acid lakes of green, yellow, and blue, with dry, crusted earth, and a dense blue sky. The place looked hot, magnificent, and it was in Ethiopia. Danakil Depression is touted as the hottest, one of the most colourful places, and a difficult to reach destination. The images stayed with me, consuming me secretly, and ever since, I planned to see this place with my own eyes. The surprise came in the form of the rest of Ethiopia; its astounding beauty, diversity, cultural richness, and vast expanse. Having said that, I spent a lot of my time in Ethiopia wishing I was somewhere else. My trip was riddled with cultural faux passes, unexpected expenses, food poisoning, and some unpleasant local experiences. However, Ethiopia remains my favourite country and I met some of the kindest people there.

A Mursi woman at Omo Valley in Ethiopia

Ethiopia is one of Africa’s most fascinating countries

This country guarantees adventure of a lifetime and it is one of Africa’s most fascinating countries. Each region brims with history, both cultural, historical, and anthropological. Skeletal remains of one of our oldest ancestors, Lucy has been found here and many tribal communities in the south still live in pre-Iron Age lifestyles. Ethiopia is raw, authentic, and vivid. Christianity thrives here and so does Biblical legends like the Ark of Covenant and Queen Sheba’s heritage. Many old stone monasteries in Lalibela continue fiercely protecting ancient Christian texts. Religion is a serious business here and faith runs deep; like an unquestioned elixir. Despite all these charms, Ethiopia is neither easy nor cheap. Traveling through this vast country is not comfortable. Roads are broken down in many parts, public transportation is bone-jarring, and during the rainy season, these turn into slush. Apart from the major cities. accommodation in Ethiopia is basic and expensive, and the internet is erratic. In the more remote areas, rough traveling conditions of Ethiopia are both physically and mentally challenging. Altitude sickness also comes as a sharp surprise and this is one country, where you have to take it easy. Because once you do, Ethiopia will open up, welcome you, and amaze you its incredible experiences. Then there is the food, culture, natural beauty, and some of the most beautiful, friendly, and enduring people on earth. If you are still not convinced if this destination is worth a visit, here are 20 photos that will inspire you to visit Ethiopia.

A street of Addis Ababa with its blue cars and shoe shiners.

The capital city of Ethiopia is unlike any other African destination. The continent’s fourth-largest city and its diplomatic hub, Addis introduce the visitors to Ethiopia in a not subtle way. The streets of Addis Ababa are traffic-choked; malls line the skyline along with crumbling dilapidated art deco buildings, and jacaranda trees bloom riotously. On religious festival days, flocks of goats are herded through the thoroughfares for slaughter, and glitzy cafes, salons, and restaurants overflow with the city’s posh. There are plenty of fine eateries, markets, and local areas in the city where the workers rest after a day’s work with beer and Ethiopian barbeque called tibs. Expats cluster at the swish Bole area and the rest of the city looks exactly what it is; a fast up and upcoming megacity. Travelers should not miss out visiting Addis’s excellent museums and meeting our ancestor, Lucy.

A fruit seller of Addis Ababa

The Omo Valley of Ethiopia was one of my most anticipated places. I had really looked forward to visiting this far-flung destination and the main reason was its fascinating ethnic communities. I had dreamed of exploring the traditional Daasanach villages, watching Hamer people performing a Jumping of the Bulls ceremony, and seeing the Mursi’s mind-blowing lip plates. Incidentally, it was the Omo Valley that gave me my worst travel experiences in Ethiopia. I found the Omo Valley to be like a human zoo; over-commercialized, over-priced, and the entire region ruled by unregulated tourism mafia. This is one place where I am never going back on my next visit to Ethiopia.

The colourful, charming town of Aksum

I stayed in Aksum for a few days because the city was charming, laidback, and extremely photogenic. For the Christian pilgrims and the historians, this tiny town is much more than that. It is believed that the Queen of Sheba called Aksum home and that the famous Ark of the Covenant that stores Moses’s 10 Commandments reside in a small chapel in the city. Many also believe that the Three Wise Men are buried here as well. Whatever may be the truth, it is quite known that the famous stelae of Aksum hold a wealth of untold secrets. Studies are underway to discover these secrets and Aksum revels in archaeological energy. I did nothing much in this important city except visit the Saturday basket market, walk around the city, and enjoy some Ethiopian food.

You may also like: The amazing overlanding trip to Tanzania

The Saturday basket market in Aksum

The incredible rock-hewn churches of Tigray

The landscape of the northern Tigray region is simply beautiful. A wide blue sky spans overhead broken only by craggy peaks that rise out of a semi-arid, sandy desert-like area. The stratified plateaus, particularly between Dugem and Megab in the Gheralta region are pockmarked with 120-odd churches that are as intriguing as the landscape. The Tigrayan churches are carved from cliff faces, built into pre-existing caves or constructed high atop some improbable perch, and climbing up to them is one of the most exciting adventures offered by Ethiopia. Note that these are not for the faint-hearted.

The stunning Gheralta region of Tigray

Mekelle, the base of Danakil Depression tours

Though most pass through Mekelle as the mere base of Danakil Depression tours, I found this city to be a relaxing place to spend a day or two. An important university town, Mekelle is the Tigray region’s capital and it has recently shot to fame as one of the controversial places in Ethiopia.

A woman selling greens at Mekelle

Danakil Depression, the most inhospitable place on earth

This is one of the most surreal and inhospitable places on earth. Imagine bubbling volcanoes, sulphurous mounds of yellow, neon coloured acid lakes, and mirages of camels across vast empty lakes of salt. Lying 100m and more below sea level, the Danakil Depression guarantees battling temperatures that shoot to 50°C, appalling ‘roads’, and the expense of an organized tour. This is the land of the Afar people. Eritrea is very close and though not pocket-friendly, Danakil Depression is one of the must-see places in Ethiopia. Most travelers combine it with an overnight stay at the crater of Erta Ale, the most active volcano in Africa with a permanent lava lake.

Suggested for You: The Expat life in Egypt

My love-hate relationship with Lalibela

Lalibela was stunning, yet it is another place that did not make it to my hit list in Ethiopia. A World Heritage site, Lalibela is famous for stunning rock-cut churches and it is one of the most sacred sites of Christendom. When I visited there, a major festival was in progress and the mountain town was filled with thousands of pilgrims who squatted, grouped, littered and kept vigil at the churches. The festival shot the prices of hotels and the town was none too clean. Needless to say, experiencing Lalibela was coming face to face with the power of one of the world’s oldest regions, Christianity.

One of the stunning rock-cut churches of Lalibela

The amazing food of Ethiopia

This is Ethiopia’s best surprise. One of the world’s most unique, fascinating, and delicious cuisines, Ethiopian food abounds with flavourful dishes, stews, and spices. There is an important eating etiquette that revolves around Ethiopian cuisine and in this country, the food is as important as how it is served and shared with family and friends. Of course, it goes without saying that it is imperative to try Ethiopian coffee after a meal. Ethiopia is supposedly the birthplace of quality Arabica coffee, and its coffees are widely praised as some of the best in the world.

A fruit stand in Mekelle

Spices for sale at the Addis Ababa Mercato

A cup of superb Ethiopian coffee

An Ethiopian Christian priest as seen at Lalibela

Ethiopia reminds me of my own country; I cannot help loving it.