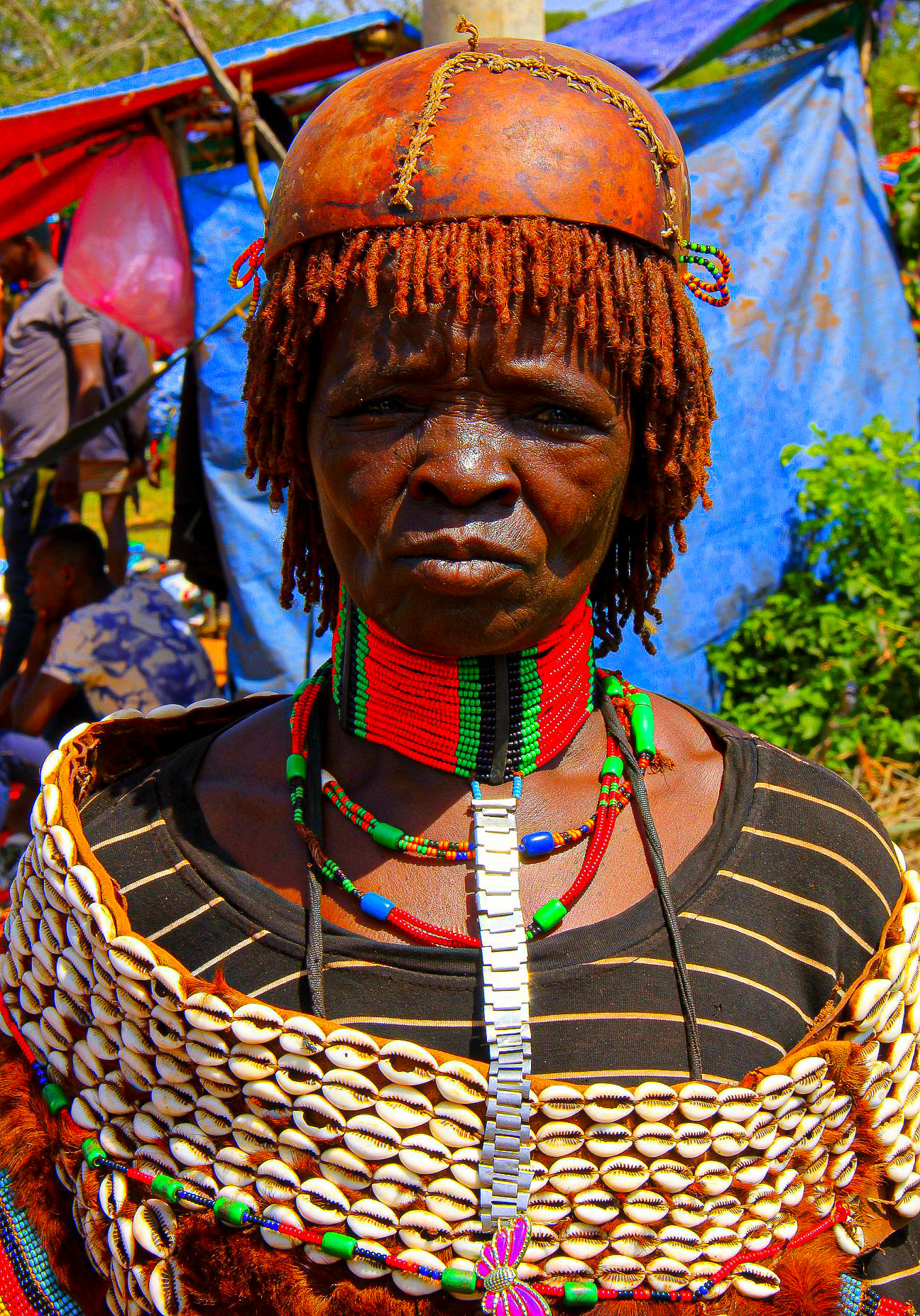 As a curious traveler, I desperately wanted to see and experience the Omo Valley tribes in Ethiopia. In my mind, it was an experience similar to what I had in Odisha under the guidance of an ethical responsible guide called Sarat Routray. I wanted to avoid a “human zoo” like experience and unfortunately, it turned out to be exactly that. My unpreparedness for the trip and lack of planning led me to trust in the wrong tour operators and the experience was neither pleasant nor cheap. I came back disappointed and not to mention, without those amazing Omo Valley tribe photos that can be seen splashed across the glossy publications.

Mursi women with their cut out lower lips

In retrospect, however, I feel better about it. I am glad that I did not brazenly push a camera on somebody’s face and took pictures; did not pay for a put up a cultural show like the bull jumping just for a photoshoot, and though brief, saw the inhabitants of the Omo Valley the way they live now: a curious blend of modernization with some deep-rooted ethnic cultural beliefs. I spent 5 days there out of which three days were in Jinka which is like a small township that acts as a base for Omo Valley tribe tours. Jinka was comfortable, while Turmi was both expensive and unbelievably basic. It was a shock when I had to shell out 150 USD for a small room that had a door which locked only when you pushed a table against it, a washbasin that leaked like a waterfall, and a bathroom that was separated from the rest of the room by a flimsy partition. Needless, to say, I was appalled, yet grabbed at the chance because, at the time of my visit, there was hardly a place to stay in the entire village.

Do you wish to be treated as a cash machine?

My excursions to visit the Omo Valley tribes, too, turned out to be extremely expensive and after a couple of visits to Hamar villages and weekly market, a Mursi village, and a Karo hamlet, I dropped the idea of exploring more. Initially, I had plans to cross the croc-infested Omo river to visit a Daasanach village, but the mounting expenses and the harassment handed out by the Omo Valley tourism mafia made me change my mind. Today, I wish I had either skipped visiting the Omo Valley tribes or spent at least a week to 10 days there to get closer to the people. I wish I had the time, money, and guidance to know the people, understand their culture, and get them to make me feel like another human being. The constant feeling of being treated simply as a cash machine was perhaps the worst aftertaste of Omo Valley and as I said, I wish I had the time, guidance, or money to get them to feel relaxed around me.

My experiences of the Omo Valley tribes

I am not sure if I will ever return to visit the Omo Valley tribes. My experience in this beautiful savannah-like region is too bitter. However, if I do go back, I will make sure that I will focus my entire Ethiopia visit on just exploring the area and connecting with the people on a deeper level. If it means sleeping in tents or huts amidst the people without luxury so be it, but on my next Omo Valley visit (i.e if I ever do), I will go to know the people and not just to take pictures. Funnily enough, as I mentioned somewhere at the beginning of my rant, whatever glimpses I got of them were quite “un-staged” and most of the Hamar people I met seemed to be going about doing what they did every day. They wore t-shirts with cowrie embellished belts and sashes, adorned their necks and heads with feathers, and the women sported animal skin skirts. In the villages, the men cradled their assault weapons when we got close to their animal pens and women went about bare-breasted. Children were buck naked and some old men wore a singular loin cloth. At the weekly market, despite the tourism mafia harassment, I managed to share some sorghum beer with the Hamar shoppers and even went as far as their animal trading zone.

Body scarification on a Mursi woman

Respect in return of respect

The Mursi people with their dramatic clay lip plates were more primal, difficult to reach, and the Karo was located even further away. In the end, the visit to the Karo meant enjoying the beautiful landscape along the Omo river and I went away from their village with a deeper sense of respect than anywhere else. It was at the Karo village, that a young university-educated male member blatantly asked me to be more interested in the people, their lifestyle, and the environment they lived in rather than taking pictures. In fact, he took his own sweet time taking me around his village, explaining his culture and the present situation with the condition that I will not take a single photo. It was an arrangement much to my interest and he was pleased when I refused to pay 50 USD for each Karo tribe photo. In the end, he said goodbye with a warm smile and a handshake and it was the first and only time during my entire Omo Valley tribes tour, that I felt treated like a human being. I realized that the feeling was mutual. It was also the first time that I actually got the opportunity to treat one of the Omo Valley tribes as something more than just subjects to ogle at.

Our driver with some Mursi boys

Our last goodbye is still etched in my memory. The orange African sun was setting in the background and he stood at a precipice from where the sluggish fertile Omo river could be seen flowing along a horseshoe bend. All around the semi-arid vegetation threw violet shadows and the air was filled with sounds of birds returning to roost. As the dying rays of the setting sun glinted on his rimless spectacles, a broad smile broke on his intricately painted face, and he said to me in English, “Thank you for visiting our village.” To this, I turned around and said, “Thank you for your time. It was a pleasure meeting you”. And indeed it was the highlight of my entire Omo Valley tribes tour.

A Mursi woman with intricate scarification

Mursi women sitting outside their huts

A Hamar mother and her child