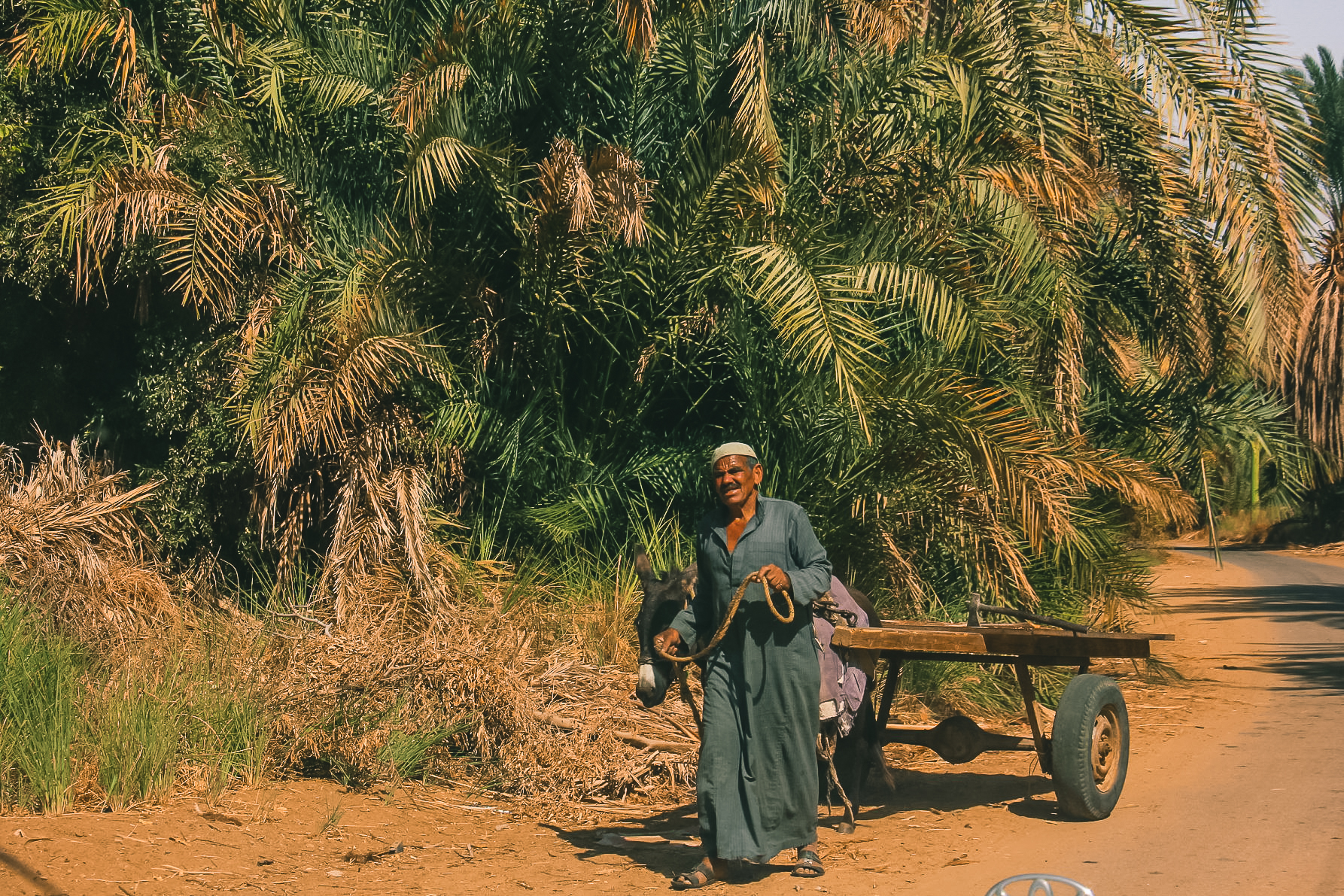 The Bahariya Oasis in the Western Desert

Unlike its neighbour the surreal White Desert, the Black Desert is more sedate. Stark in golden yellow sand topped with volcanic glistening black pebbles, the Black Desert’s volcanic mountains often resemble a scene from a Star Wars movie. The strangely shaped mountains and the valley floors are scattered with small volcanic black stones and the soft undulating dunes are streaked with orange and brown. Though not as startling as the White Desert, the Black Desert is also gorgeous and one can climb to the top of its hilly peaks to take in stunning panoramic views of the surrounding area. The best way to experience this desert is from Bahariya Oasis and many people prefer to hike there instead of moving deeper into the Western Desert.

The surrounding area is beautiful beyond words and what makes it all the more special is the vast emptiness of the place. Since for most travellers, the Black Desert is a ‘passing through’ point to an ultimate destination in the White Desert, there are no touristic infrastructure and the whole area is absolutely uninhabited. From the top of one of the peaks, the views reveal a series of volcanic cones, glistening mountains, and an undulating empty desert. Only the odd highway bisects the empty space like a lifeline and from a distance, the passing flat-bed trucks look like mere toys. Except for the trucks, one can see hardly any sign of life in the Black Desert and if you are lucky, you might see the big-eared desert fox slinking behind the boulders.

The Black Desert is an interesting day trip from Bahariya Oasis

What makes Bahariya Oasis so popular?

The jumping-off base for most White and Black Desert tours is Bawiti, a moderately sized village in the Bahariya oasis. Located just 365 kilometers away from Cairo, Bahariya is the most accessible of the Western Desert oases trail and has well-established tourist infrastructure. Blessed with ample groundwater and lots of natural springs, the Bahariya Oasis is like a Garden of Eden and is covered with shady date palms. A substantial amount of olive plantation is also done here and the greenery creates a wild contrast with the surrounding landscape of rocky hills and sandy dunes. The beauty of the Western Desert of Egypt can be seen here and in recent years, stunning archaeological finds, such as that of the Golden Mummies have put Bahariya firmly on the tourist map. Bahariya’s prosperity, however, is not a recent phenomenon and during the Middle Kingdom and the Roman times, the oasis was a center of agriculture. The strategic location of Bahariya Oasis on the Libya-Nile Valley caravan routes made it an important pit-stop in the Western Desert and its local wine’s popularity traversed along the Nile Valley all the way to Rome.

You may also like: THE GORGEOUS UNDERWATER WORLD OF MARSA ALAM

Things to do and see in Bahariya Oasis

Today, Bahariya Oasis is a popular tourist destination, especially for the residents of Cairo and it offers a peaceful rustic getaway. Apart from the popular White and Black Desert tours, there are plenty of things to do in and around Bahariya and some of them are the –