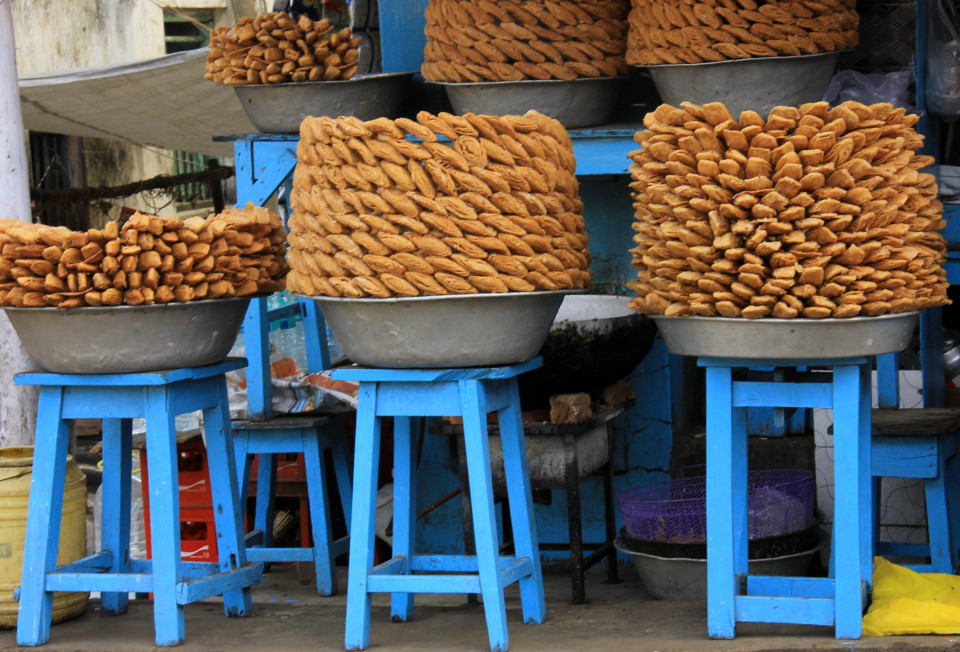 The little, big town of Puri

Odisha is our neighbouring state and I have visited it a zillion times since childhood. Having hailed from Calcutta, during my growing up years, school trips, budget holidays and long weekends had invariably meant Puri and just like every other Calcuttan, I had got bored of it. From getting hooked to its finely sliced crisp potato fries, listing its fresh crab curries as must have, having a love hate relationship with its beaches and shopping for shell/crustacean based jewelry in bag fulls, I had been filled to my gills with endless Puri memories. So needless, to say, once grown up, Odisha had been deliberately overlooked on my holiday destination list and during my professional flying years, free airline tickets had made me take huge strides across the globe. Travel is a strong addiction and for a nomad like me, those airline benefits had been best career highs. I had traveled all across the world, explored most distant shores, experienced remote cultures and in the process had neglected my own country, India.

It had been after quitting my flying job, that a random social media post on the beauty of traveling in India had made me realize how less I had explored my own country and I had immediately set upon to rectify the situation. Naturally Odisha had once again featured on my list of “to visit places” and I had retraced a childhood journey into the ancient land of the Kalinga. A very old and prosperous kingdom in the modern state of Odisha, Kalinga had been a hotbed of art, culture, architecture, literature and science. Under the rule of a powerful warrior king Kharavela, Kalinga had been of formidable importance and their maritime trading routes had extended as far as Vietnam, Sumatra and Java. In spite of propagating the peaceful Jain religion, Kalinga rulers had strong conquering tendencies and they had established colonies in Sri Lanka, Burma, Maldives and Malay archipelago.

With so much of power and wealth involved, it had been inevitable that Kalinga would be lusted after by many other rulers and one of them had been the legendary King Ashoka. A brave and ambitious prince of the rival Maurya dynasty, it had been Ashoka, who had been responsible for the spread of Buddhism and as strange as it sounds, the iconic Kalinga battle had been the reason behind it. In 260 BCE, Ashoka had waged one of the most destructive battles in the world against the state of Kalinga and it is said that, rivers had turned red from tens of thousands of spilled blood. The senseless loss of life had shocked Ashoka so much, that he had embraced Buddhism and spent the rest of his life, propagating peace. Thus Kalinga had become immortal, not only for its rich history, but also for being the reason behind the spread of one of world’s most popular religions.

The overnight bus journey from Calcutta to Puri had been very comfortable and early crowing of strutting roosters had welcomed me to the holy city. Famous for the temple of the bug eyed, amputee god, Lord Jagannath, Puri had bustled with pilgrims as long as I can remember. A quintessential, Indian holy town, it always had it’s generous share of cows, beggars, lepers, old crumbling grand mansions of yesteryear, multitude of colourful shrines, filth, chaos, pops of colour and narrow twisting lanes. Aggressive religious touts called pandas had always given Puri a bad name and they had forever preyed on the waves of hopeful nirvana seeking awe struck pilgrims. The town had spun around the towering rocket shaped Jagannath Temple and a much revered Hindu cremation area had lain nearby. Aptly named Swargadwar or the Gateway to Heaven, the cremation area promises nirvana to ones whose last rights are performed there and as ghastly as it may sound, but each year, many ill and elderly people go to Puri to die.

So Puri had always been a kind of familiar puzzle to me, a very sharply contrasting enigma, where life, death, hope and expectancy had  co existed for centuries. It had represented a human life cycle and good, bad, ugly, Puri’s charm had been undeniable. All these images had rushed in front of my eyes as my night bus had sped towards the coastal town and memories of my childhood holidays had played like a movie. I had wondered, if the sudden spurt in India’s economic growth had affected the holy town too and if I would be able to recognize any of the old landmarks from the past. Strangely enough, I had found Puri unchanged. The town had still revolved around the temple and same waves of pilgrims, tourists, shark like touts, chaos, bustle, filth, colours and cacophony had made up it’s essence. Wayward and wide eyed foreign tourists had wandered around cautiously and familiar scrawny street dogs had fought over scraps cast aside by pilgrims. Religious paraphenalia had decked up the narrow lanes and and shrill cries of street vendors had lured pilgrims’ bewildered children with colourful, locally made toys.

It had been a scene too intense for an early morning, but Puri had always had that adrenaline buzz about it. Once famous for a swinging hippie scene, Puri had been zealously claimed back by middle class Bengali tourists and an entire promenade had been lined with box like sea facing hotels to cater to the gregarious bunch. Shade less, not too clean, with huge crashing waves, Puri beach had a lot left to be desired. Big humped bulls had roamed its broad sandy stretch and afternoons had brought big swarms of birds to fishermen’s drying nets. Boats, trawlers and pickpockets had dotted the beach, yet nothing had deterred local tourists from swimming in the sea. Swimming in India is a mind boggling activity and modesty being a prized virtue here, we tackle the waves, fully clothed. While men usually go top less, with only swimming trunks or even in underpants, women romp in water with entire paraphernalia of sarees and everything that goes with it.

Puri beach had always presented the same scene and that morning, big crowd of excited fully clothed tourists had squealed happily in the sea. Sudden hit of adrenaline rush is hard to handle after a night in the bus and exhaustion had overpowered me like a drug. So I had done, what my family had always done after disembarking in Puri, i.e, hired a cycle rickshaw, hoisted myself and my bag on the rickety structure and took in the sights and sounds of the temple town. Metallic horns had jangled my ears, as we had creakily pedaled past yellow clothed priests and big piles of cucumbers had been sold in front of walls, plastered with ghastly movie posters. Eateries had haggled over big baskets of fishes and crabs, while chanting men had hurried away bearing platforms of corpses on their shoulders. It had all been too Puri and by the time, my cycle rickshaw had reached Hotel Gandhara on Chakra Tirtha Road, I had been too dazed by the town’s speeding chaos. Chakra Tirtha Road however had been completely another planet and its wider, cleaner and quieter lanes had smelled of only frangipani. It had been the “Western tourist” section of Puri, and yet once again, I had been engulfed by the feeling of a city within the city.

Clean, comfortable and with a bougainvillea bordered turquoise pool, Hotel Gandhara had been quite nice. I had stayed there for 4 days before heading towards the tribal district and the quaint hotel had been my oasis of tranquility. My daily breakfasts had been at one of their pretty wrought iron poolside tables, with their friendly in house dog pawing for “pass me downs” and afternoons had always seen me come back for a nap under the sun shade. Post breakfast, I had tried exploring Puri and evenings had always been at one of the cool, tree shaded cafes. With intoxicating prohibited smoke and mix of world music constantly floating out of them, the cafe turned yoga retreats had been popular global hangout jaunts and the sea had never been too far. In fact, one of things that I had always liked about Puri, is that no matter, in whichever part of the town you are in, the sound of sea is never too far away from you. It sighs, roars, whispers and at times, screams in fury, but being a big, little town, Puri is the sun and the sea’s favourite child.

It is a quintessential

The little big town of Puri

Has stars in its eyes