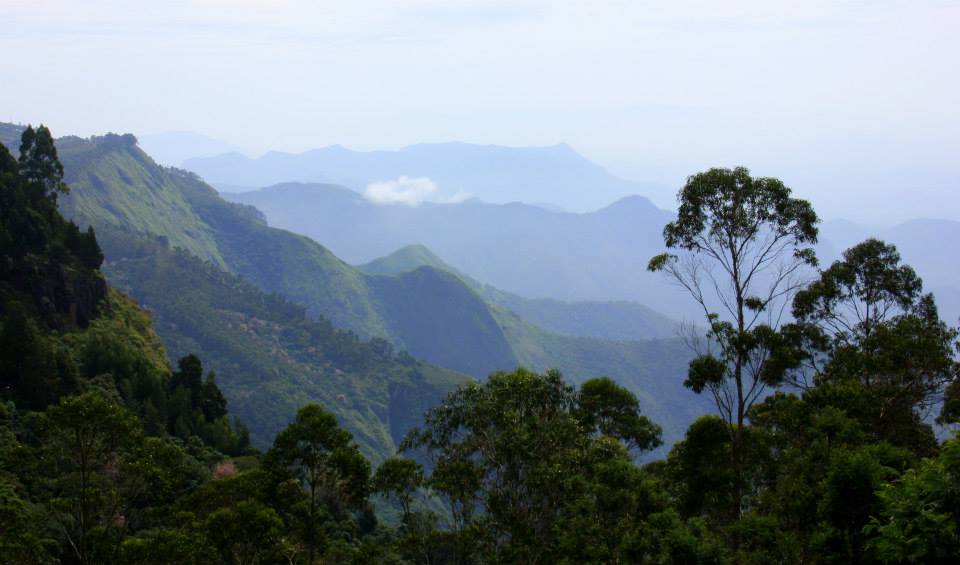 The dolphin and Israeli village of Palani Hills

My Kodai weekdays had been spent working, avoiding bisons and star gazing. Weekends had nearly always found me holed up in my room or off to some far flung place away from the madding crowds which had thronged Kodai. The Kodai lake area had resembled mini bazaars on weekends and even the quiet, secluded Berijam lake had been overrun. I had sneaked a few hours off now and then on some office days and had explored Kodai’s soul soothing greenery to my heart’s content. There’s nothing more pleasurable, than to amble up and down Kodai’s hilly twisting lanes, feel the buzz of crickets vibrate inside ourselves or to sit by one of its waterfalls to watch the world laze by.

A south eastern offshoot of the Western Ghats, Kodaikanal had been a rain rich area and been blessed with abundance of waterfalls, many of which had tumbled down into the mighty Cauvery and Krishna rivers in the plains. While some had been just mere streams, a few had been breathtaking cascades of milky white sheets of water which had resembled virginal bridal veils. Bear Shola Falls, Thalaiyar Falls, Pambar Falls and Silver Cascades had made up the tinkling waterscape of Kodaikanal and they had created lovely resting spots to cool my trekking tired toes. While Liril/Pambar Falls had been the most famous one (having shot to fame for featuring in a popular soap advert), Silver Cascades in my eyes had been more prettier.  Located a bit outside Kodai town, Silver Cascades’ easy accessibility had unfortunately been its bane and it had been a heartbreaking wreck as hordes of visitors had trashed its pristine water cruelly.

Silver Cascades had happened en route to Vadakaraparai village (between Batlagundu and Kodaikanal) where I had visited to see the intriguing dolmen circles. An archaeological site, dolmen circle in Kodaikanal had dated back to Neolithic Age (Stone Age) and had been identified by archaeologists as burial sites. Dolmens had been discovered all across the world in different shapes, sizes and complexities and south India had quite a few of them. The ones in Kodaikanal had been deemed quite historically important as archaeologists had discovered some interesting artifacts from them. In spite of their historical importance, strangely dolmens of Kodaikanal had been hard to find and it had been only due to my perseverance that I had managed to discover them. Vadakaraparai village itself had been tough to locate and had turned out to be an obscure settlement of Thandikudi tribals of lower Palani Hills.

While the search had been pretty tedious, the drive to Vadakaraparai had been absolutely mesmerizing and the Palani Hills vegetation had changed as dramatically as a diva’s mood. The fragrant pine forests had given way to coffee plantations which had slowly changed to scrubby grassland, bamboo, neem and coconut groves. Tiny hamlets had popped up now and then like pleasant surprises and along with them had come the burst of colours, textures and smells. Plums, pears, peaches, apples and shola thickets had shared space with neat patches of cultivated carrots, beans, cauliflowers, potatoes, leeks and garlic. Coffee had grown thickly and ripening coffee beans had glistened like drops of rubies and emeralds. Silk cotton trees had been in fruiting season at that time and burst out pods had sent fluff soaring in the wind. The drive had given a clear idea of the region’s diversity and the hills 3 tiered topography had been most interesting to observe.

Due to my hours at PHCC I had been able to recognize the Palani Hills vegetation growth pattern and it had been fun to realize that the tallest ones hatted with clouds had been the oldest. The 2nd oldest vegetation had occupied the middle part and their gnarled limbs had still been supple, while the newest ones had stood vibrantly green and fresh at the bottom. The villagers who had sold farm produce by the mountain road had stared at Hercules and they had been the displaced tribal communities, rehabilitated by organizations like PHCC. Hercules had a ball of a time, literally with eagerly catching the breeze on his face throughout the drive and we had stopped now and then to take in the beautiful sight of the hills. The peaks had indeed been blue, and their shades had varied according to distance and vegetation cover. Flowers had filled every inch of the region and even “Free Tibet” grafitti painted old stony rock faces had not escaped from their gregarious blooming.

At a few places, eucalyptus had created unbelievably fragrant green tunnels and destructive wattle had been fiercely subdued in spots. A few shy village children had happily showed us the way to the dolmens (Pannaikadu in Tamil) and it had been a shock to see the way the sites had been neglected. Set atop small hills, they had not been easy to access and the track had been non existent, the moment we had left the village coffee plantations behind. Thorny branches, stingy thickets and dense scrubby undergrowth had make the hike hard and only Hercules had scampered up happily like an Energizer bunny. The sites had arrived minus any official signage and the table like smooth slabs of burial stones had been draped with drying laundry. The opening to the burial chamber of some had been tampered with and I had wondered if our Stone Age ancestors had still rested there.

Hollowed out giant cactus branches had channeled rainwater into the village and small animist shrines had splotched the ancient burial stones with colours. It had been a highly disappointing discovery, even though the descent of dark pregnant clouds on grassy stone hilltops had been fascinating to watch. A slim coiling green snake had made me scramble downhill at a breakneck speed and I had clutched precious Hercules for safety. The flower splattered drive back to Kodai had been equally beautiful and we had stopped briefly for sampling local jackfruit. Villagers had sold avocados, apples and other fruits from make shift tables by the road and knobbly skins of the sinfully sweet smelly fruits had spread out like wasted flowers. I had taken a few days off after my shaky dolmen visit, with only a more disappointing Madikettan shola forest camping trip interspersed in between. A deep, dense shola forest located in nearby Idukki district of Kerala, Madikettan literally meant the “mind confuser“, thus making me a persona non grata due to my solo traveler status. The national park had been heavily forested and there had been cases of people getting lost in its depths forever.

The disappointment had set me back again for a few days and I had remained cocooned to areas in and around Kodai. Thus it had been during one of my long walks, that I had stumbled upon the Liril/Pambar Falls and had immediately been mesmerized by its beauty. Half hidden by pine forests and shaded by heavily flowering Himalayan cherry trees, mossy banks had run along its sides. Flowering creepers had hung like curtains and bird calls had filled the air. The cascade had tinkled on merrily under a stone bridge on which fat moss had clung possessively and heavy scent of ripe pears had made the air heady. Pear orchards had been fruiting and every hut, cottage or hotel had hordes of reddish gold sugar sweet globes bulging from thick foliage. I had indeed chosen to visit Kodai at its most pleasant time and the smile from my face had refused to leave as I had trudged up the leafy road to Vattakanal.

Vattakanal or Little Israel as it had also been known had been absolutely delightful with more pear orchards, quiet hikes and rustic cafes. True to its name, it had seemed like a mini Israeli kingdom with ample sprinkling of Russian tourists and sweet scent of prohibited smoky pleasures had hung thickly. Simple cottages had clung along the dewy green slopes where gaudy, pugnacious cockerels had strutted around looking for a fight. Waterfalls had tinkled down pineapple and avocado patches and ripe golden starfruits had dropped on flower beds. Vatanakkal had been surrounded by peaks and stony scarps had struck out in jagged angles. Tangly green grassy meadows had covered the slopes as cloud forests had sent mists hurling towards us. The air had been colder than Kodai, with sheer drop/really long walks into deep terraced valleys below and the favourite Dolphin’s Nose had struck out into the sunlit eternity. The closest village of Vellagavi had been a minimum 6 hours steep downhill hike from Vatakkanal and only my atom sized Hercules’ huge pants had stopped me from going down into the hidden valley.

I had loved Vatakkanal and its quiet, rustic beauty. I had loved the way mists had rolled down its slopes in a moment’s notice and turned the hills into an invisible fairyland. Sun had its own way of playing hide and seek from among the pines and pears there and cascading water had shimmered like molten diamond. It had started raining soon making the trail slushy and we had stayed over at Vattakanal for a night. The day had passed pleasantly, sitting amidst flowers and constantly declining offers of weedy nirvava from friendly co travelers and the evening had crept in stealthily like a naughty child. There had been nothing much to do in Vatakkanal, except relax and Hercules once again had wallowed in undivided attention. Night had brought a crescendo of frogs and crickets and we had been lulled to sleep by the sound of falling rain on tin roof.

My Kodai days had stopped as abruptly as they had started and an urgent call from home had got me rushing back to Calcutta. Hercules had been nearly impossible to leave behind and we both had had our hearts shattered as I had walked out of the door. My host had been a kind soul, who upon sensing our distress had gotten Hercules prepped up by a vet and I am happy to say that my precious pug had flown with me all the way home to Calcutta. He now cuddles possessively with me like my owner and true to his name, remains my mighty protector.

Of my Kodaikanal trip

Leaving the charming town behind

Only to come back disappointed

It had been lovely

And had encouraged me

And I had fallen in love with it

Had been incredibly hard

And had it not been for an urgent call from home

I would have happily stayed back