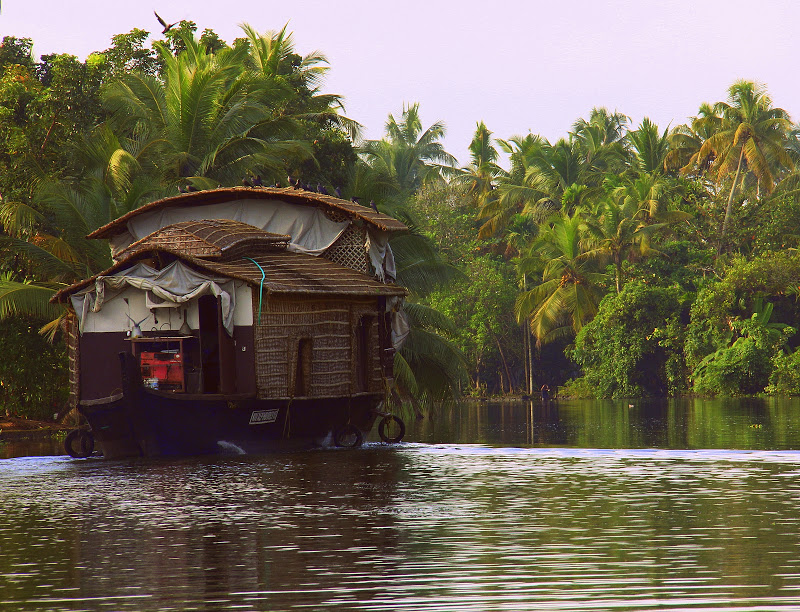 Postcards from a Kerala holiday

For most foreign travelers, a Kerala holiday is what lures them to India in the first place. Needless to say, it is one of India’s most beautiful states. Blessed with a layered landscape, this slender state stretches 550km along India’s southwest coast thus making it abundant in golden beaches, lagoons, glistening backwaters, and fishing villages. Inland, it is divided between the densely forested mountains of the Western Ghats and a lush plain of rice paddy, spice plantations, cascading tea gardens, and fruit orchards. Rivers meander through this green state and coconut groves create a dense feathery green cover. Kerala is so fertile that flowers seem to spring out from thin air and the richly perfumed Arabian jasmine scent the air thickly. In fact, rich smells are one of the most incredible memories of a Kerala holiday and this southern state is as culturally rich as naturally blessed.

Puttu, the delicious rice and coconut logs from Kerala

Smells of a Kerala holiday

The first smell that one encounters in Kerala is that of sandalwood at the airport. These are mingled with the heady aroma of incense, jasmine, and coconut oil plastered scalps. A big bejewelled statue of an elephant welcomes you to the immigration area and smiling, welcoming officers welcome you as they stamp your arrival on the passport. After that, Kerala becomes a jumble of noise, greenery, neon green paddy fields, the smell of spices and drying fish, fresh fruits, delicious food, and a beautiful blue sky. It gets lovelier as you leave the cities; gliding through the serpentine backwaters into the vast lakes, or climbing the mountains to head for the tea estates or rubber plantations. The rich forests inland still contain many wild animals and along the coasts, the legacy of the spice route lingers.

A scene from Kochi

This is sublime India

Ayurveda prevails in nearly every corner of Kerala, one of the most prominent states of south India. You can find it practiced in yoga ashrams, wellness centers, massage spas, and restaurants. The tongue-tickling state cuisine is redolent with local spices and herbs and these are one of the essential keys of Kerala’s Ayurvedic secrets. In fact, Kerala is known as the spice garden of India and it is the spices that have lured the ancient Sumerians and Greeks maritime explorers and prompted the Arabs to establish a spice route with the coast. Much of this intercultural mixing can be vividly felt in Kerala’s arcane rituals and spectacular festivals and some of the state dances are purely trance based. If these attract you, then stay tuned with me as I take you on a Kerala holiday. This is the best of gorgeous subcontinent; a world away from the frenzy of the rest of India.

A snake boat race in Kerala

The beautiful tea gardens of Munnar

The lush forests of the Western Ghats near Nelliyampathy

A man fishing from his dugout on the Kerala backwater

The quintessential houseboats of Kerala

Kerala is tagged as the “God’s Own Country”.