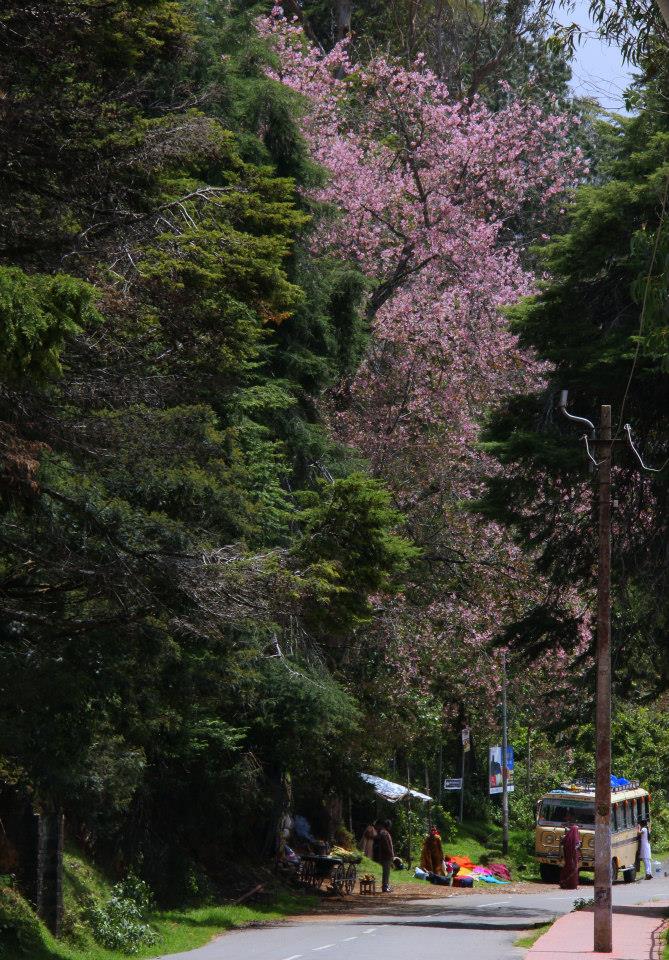 Pines, bisons and a Herculean love story of Palani Hills

My Kodai days had been most exquisitely languorous. I mean its hard to not slow down and relax at a place where black birds wake you up every morning by their merry whistling and flowers greet you with open smiles at breakfast. Even the Kodai sky had been of the most charming shade of baby blue and big morning glories had bloomed against it like dazzling pin points of electric mauve. There had been flowers everywhere and they had seemed to be growing out of thin air..an unbelievable abundance of dahlias, daisies, roses, orchids, mums and of course the cheery blossoms.

The entire region had been drenched with them and they had hung as thickly as the constant cricket sound, which had reverberated through Kodai at all times. Kodai had been unbelievably green, heavily pine scented and magical with sweeping bowers, ferns, lichens and rolling grassy meadows which had swayed in the cool breeze. My daily routine had been restricted to early morning short walks, lazy breakfast, enjoying blue skies and bird calls in a hammock under cherry blossoms and playing with Hercules, the atom sized pug pup. He had been highly attached to me and we had fallen in love at 1st sight, a phenomenon which had been repeated countless times at various places on earth.

Because of those waggy tails and happy eyes, I had never once been lonely during my solo travels and Hercules had definitely been one of the most attention crazy ones. We had loved playing ball up and down the grassy flower filled slopes, till I had collapsed on the soft meadow, only to have him cover my face with generous, loving licks. Late afternoons and early evenings had sometimes drawn us towards the lovely lake, where we had jogged along its placid water, watched honeymooners paddle out in goofy duck shaped boats and feasted on chocolates and fresh smoked corn on cob.  I always had a good time near the lake, where scent of local spices and home made chocolates had mingled delightfully with splashes of colour from woolens on sale at Tibetan refugee shops and cheerful cries of ice cream vendors had filled the happy air.

Old, stately eucalyptus trees (British imports into the region) had dappled the walk with shade, pine needles had crunched underneath my boots and sunshine had peeped through curtains of flower filled vines and creepers. Raj era (British period) bungalows complete with moss covered stones and chimneys had stood cozily, amidst lush English gardens and gardeners had busily primed the leafy neighbourhoods of the moneyed sections. Slowly I had given in to my Kodai days loveliness and had extended my stay to more than a month. Hercules and his affection had been a major reason, and the I had truly loved Kodai’s sublime friendly beauty. Often referred as the “Princess of Hill Stations” , Kodai’s un-queenly status (nearby Ooty is deemed as the queen) had perhaps helped preserve its nostalgic charm and I had been too happy with my princess to seek beauty elsewhere.

My guesthouse owner had been a most gracious man, who had referred various small activities to me to help pass time and being born and brought up in Palani Hills, his suggestions had opened up a whole new Kodai diaspora for me. It had been because of his directions that I had stumbled upon an intriguing cemetery for bison gored victims, trekked to far flung tribal villages and volunteered at bee keeping and shola forest conservation programs at PHCC (Palni Hills Conservation Council). PHCC had sat very close to the bison gore victims cemetery, had a program head who had been my host’s friend and it had been there that I had learned about the ancient piece of Gondwanaland.

A non government organisation formed in 1985 by ecologists, botanists, wildlife enthusiasts and environmentalists, PHCC had been struggling hard to save Kodaikanal. A once pristine place of unspoilt beauty and rare flora and fauna, greed, corruption and indifference had nearly driven Kodai to the brink of extinction. Pollution had shrouded the misty blue hills and even the lovely Kodaikanal Lake had been tarnished by choking algae blooms. Recent dumping of high quantity of industrial mercury waste by Hindusthan Lever in Kodaikanal had set alarm bells ringing and PHCC had shot into limelight because of their fierce battle against the sinister conglomerate.  Kodaikanal which got declared as a wildlife sanctuary in 2013, had been a part of the incredible Western Ghats and had housed the endemic shola forests too.

A broken off part of the African continent (Gondwanaland), Western Ghats had been one of world’s bio diversity hot spots and heavy rainfall had given rise to thick deciduous and evergreen forests, one third of India’s flowering plants and rich undergrowth. The unique shola forests of Kodaikanal had contained in its dark blue depths many animals like wild boars, dogs (dhols), bison, sambhar deer, elephants, giant spotted squirrels, leopards, tigers etc (most of which had long been extinct/endangered) and Nilgiri tahrs (Tamil Nadu state animal) had roamed fearlessly on the grassy slopes. However with time the forests along with its wildlife had unfortunately whittled down to almost nothing and it had been because of the tireless efforts of many NGO’s like PHCC that Palani Hills had been making a slow recovery.

Sadly, Kodaikanal’s beauty had been its bane and the chain of destruction had started with the arrival of the foreign invaders. Because of cool climate, abundance of greenery and game for hunting, Kodaikanal had been the favourite summer spot for heat weary British stationed in TN plains. Not content with just creating a summer destination in Kodaikanal, they had soon realized the economic value of the region and had started the process of clearing huge amounts of forested tracts to give way to tea plantations. While the fertile soil, plentiful rainfall and sunshine had made the tea gardens flourish, the development had unfortunately driven the wildlife and local tribal communities like Toda deeper into the mountains. Even though the British had long left the Indian shores, the felling and destruction of shola forests had continued unscrupulously, leaving the hills nearly naked, wildlife dead and local communities displaced. All this and more had shaken me up badly and the old stone flowering creeper draped building had been my office for nearly every afternoon during my entire Kodai stay.

I had fallen in love with the Kodai do gooders’ vibes, the moment I had stepped inside PHCC’s old fashioned fire place heated office and had thoroughly enjoyed my bit of help there. Ancient haphazardly strewn wooden furniture had sagged under load of dusty books and tea glasses had left rings on the pock marked surface of the old mahogany table on which I had worked. Dust specks had danced in through filtering sunbeams as I had learned of their projects, during my paper pushing duty and whistling workers had busily moved around in the surrounding gardens. Rehabilitation programs, conservation, restoration, water quality monitoring, sanitation and bio gas projects had been some of the tireless battles they had been waging at that time and even Hercules had loved being there.

We had gotten into a ritual of walking down to PHCC everyday with our shared lunch in my backpack and he had chased bees outside, while I had worked for a few hours. Bee keeping along with nurseries had been their in house programs and we both had chipped in to help the bee keepers maintain logs. It had been a lovely place to work and we had never been able to keep track of time at PHCC. Every evening a dipping sun had made us hasten back to Pine Borough Inn and after stuffing a rather gregarious Hercules in my cycle basket, I had pedaled furiously up Kodai’s winding roads to avoid the incoming bison traffic. Owing to the attention he had received, Hercules had loved PHCC more than me and everyday had put up a healthy struggle to get back to the guest house.

However deepening violet sky and colder nip in the breeze had heralded the daily arrival of hordes of bisons to our office grounds and in spite of all my animal loving, I had always feared the massive beasts wholeheartedly. A sort of buffalo with really deadly horns, bisons had been one of the most badly affected Kodaikanal wildlife which had been left homeless due to the shrinking forests. Thus they had started descending into the hilly town every evening for food and shelter for the night and had claimed victims every now and then. Perhaps the memory of the odd bison gored victims’ cemetery had terrorized me too much and I had always observed the shaggy beasts from a distance.

Kodai nights had always remained unchanged for both Hercules and me, and after our take out local Biriyani and spicy lamb brain curry dinner, we had huddled in bed to chill out. Without TV and weak internet signals, I had no distractions from the outside world and had thoroughly used the luxury to bask in old fashion pleasures. Hercules had loved when I had read parts of my favourite books to him and on full moon nights, we had both stared at the huge cheese yellow disc drowning the vales and hills in milky light. I had never seen bigger moons in any other place and had never really noticed before, the way, fireflies had buzzed while descending upon earth like a million stars. With so much of pleasures scattered like pretty pebbles at every step, happiness had been easily found in Kodaikanal. 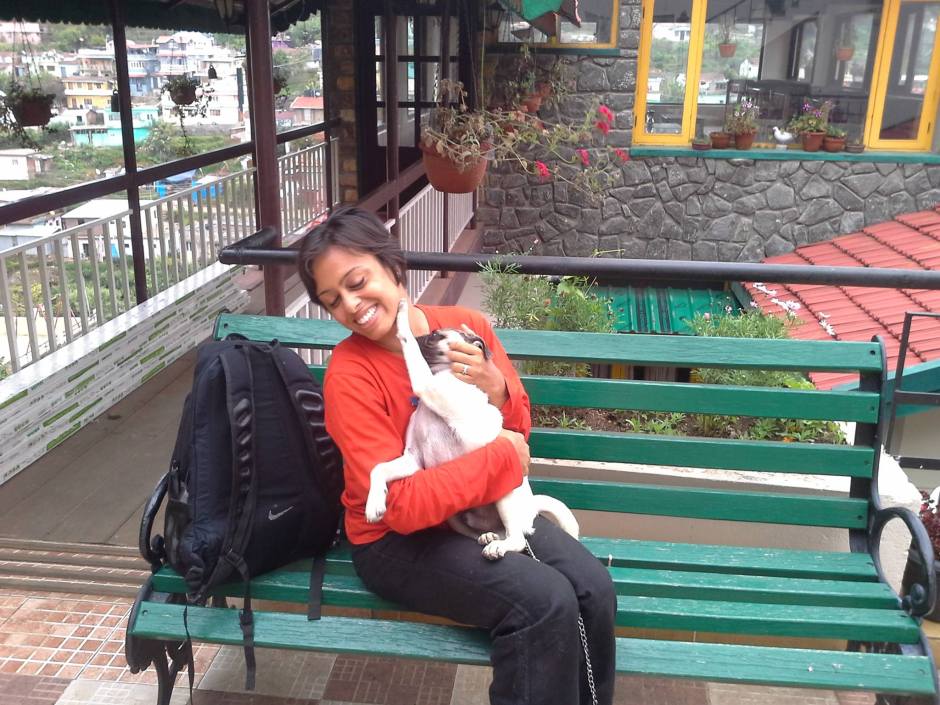 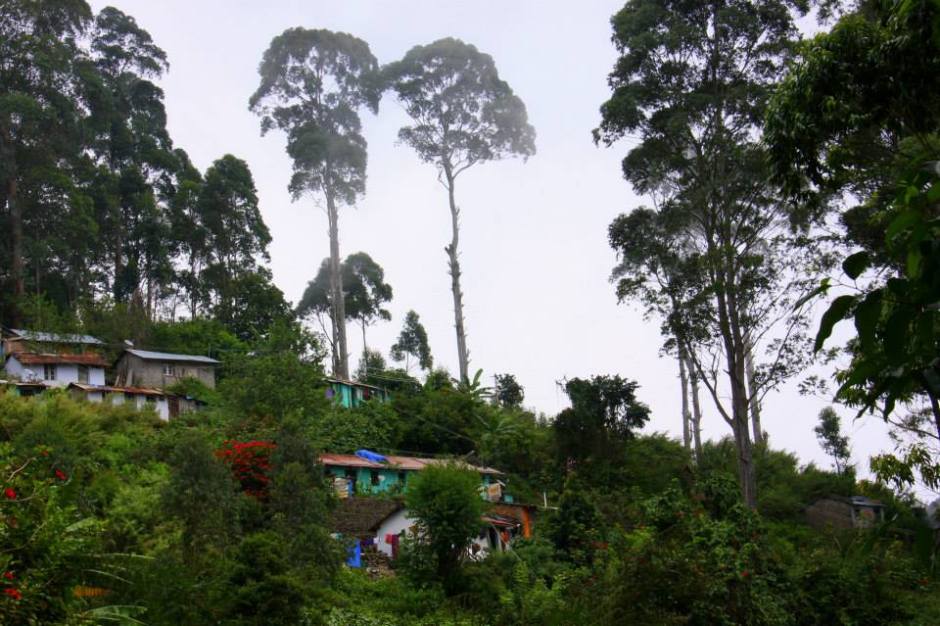 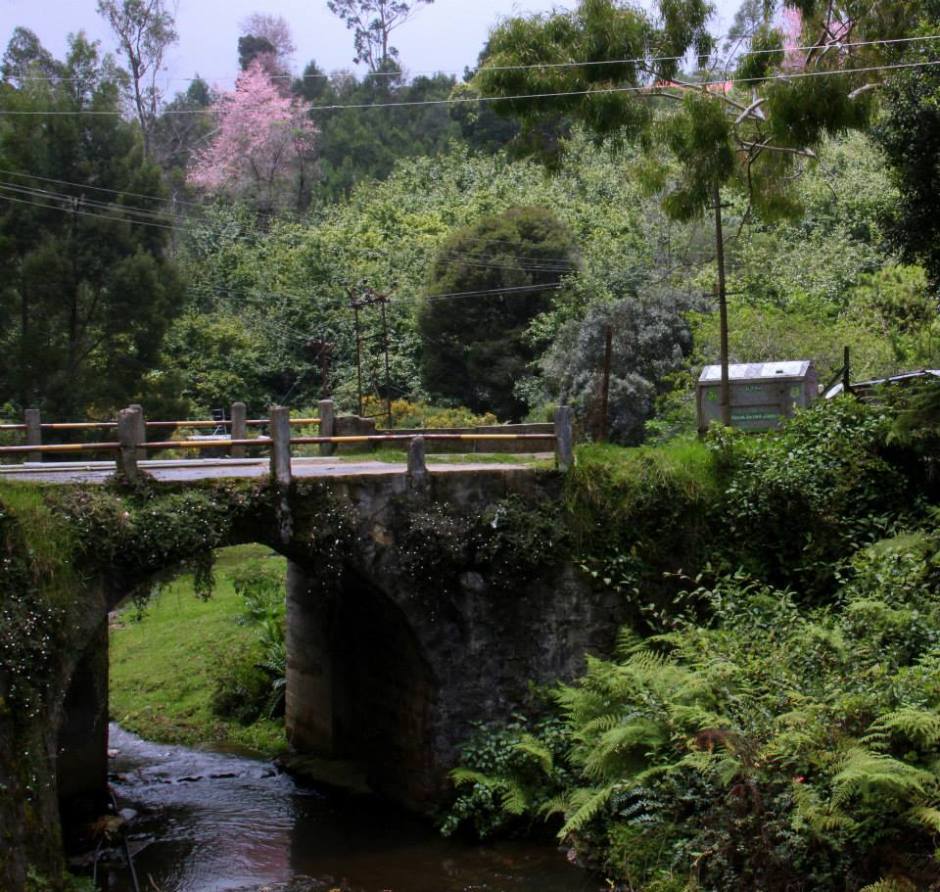 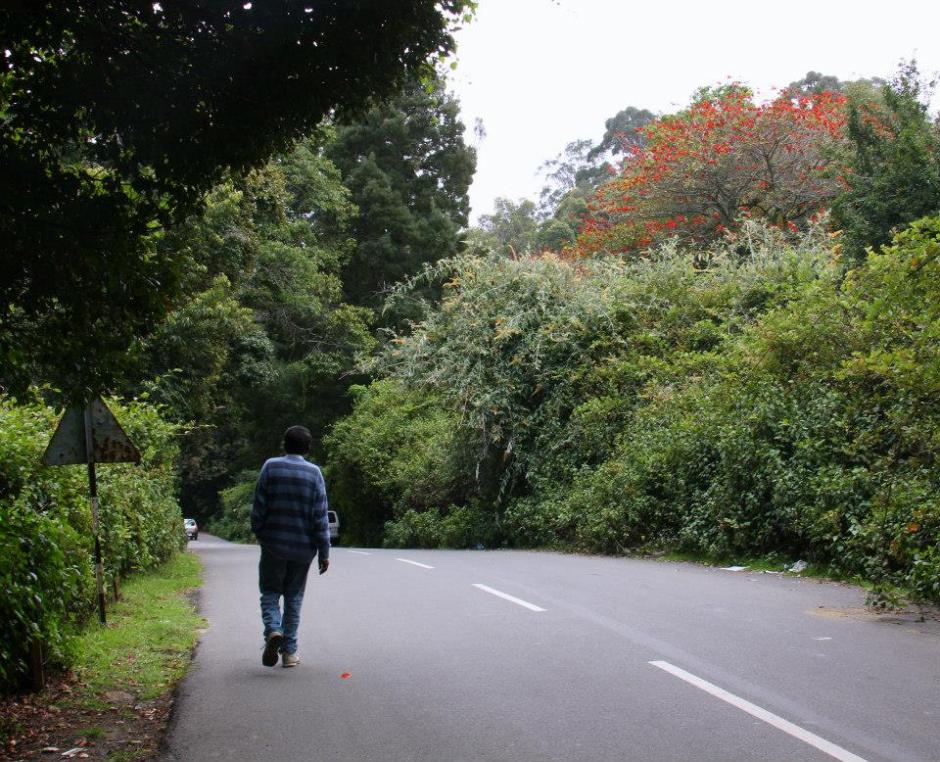 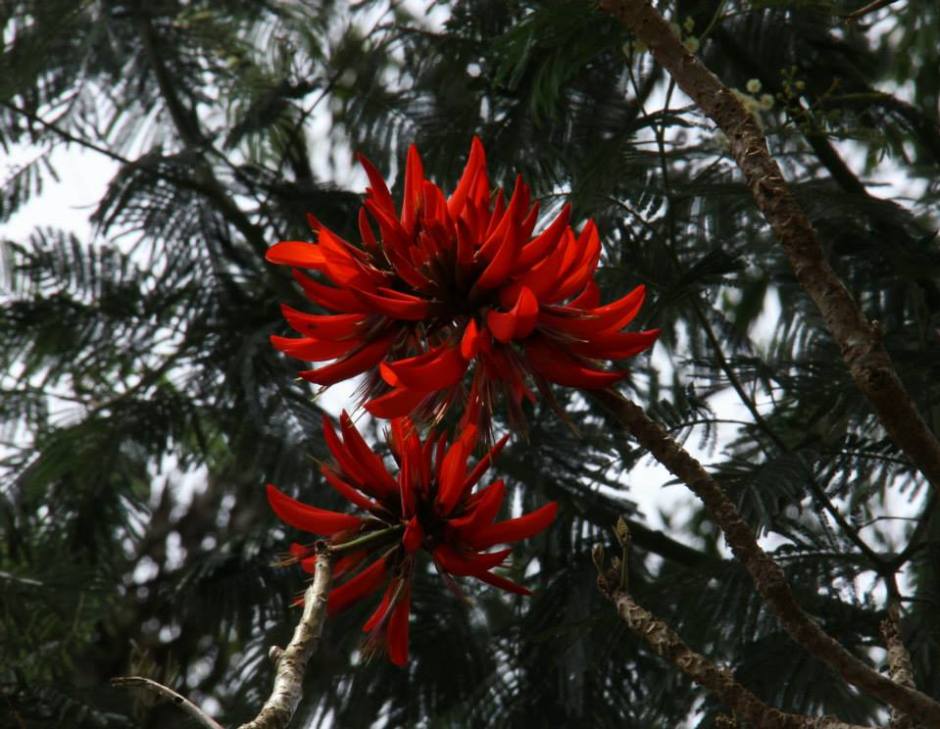 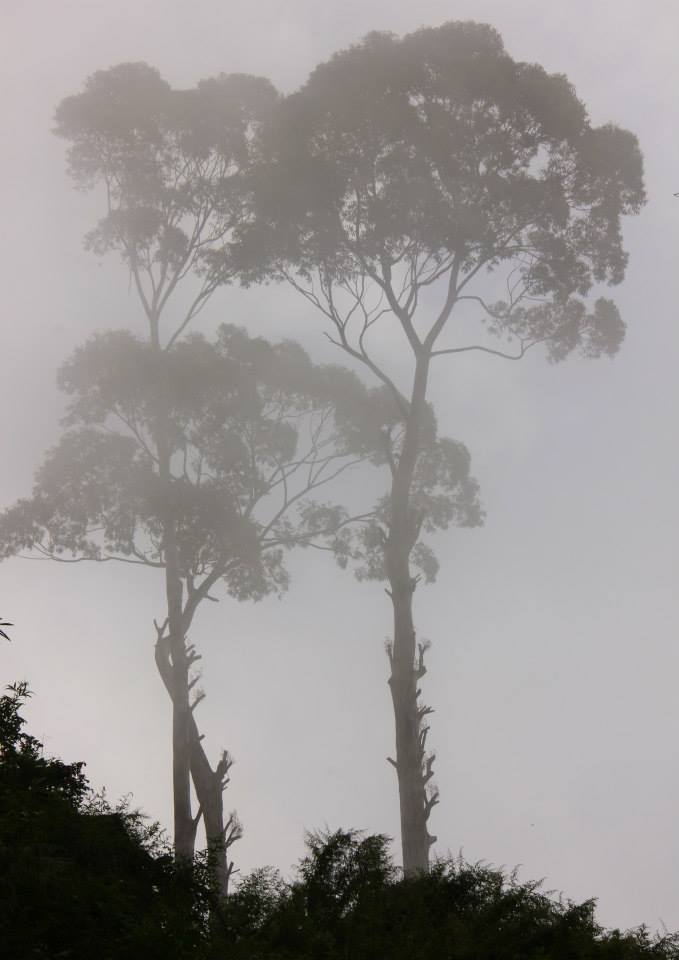 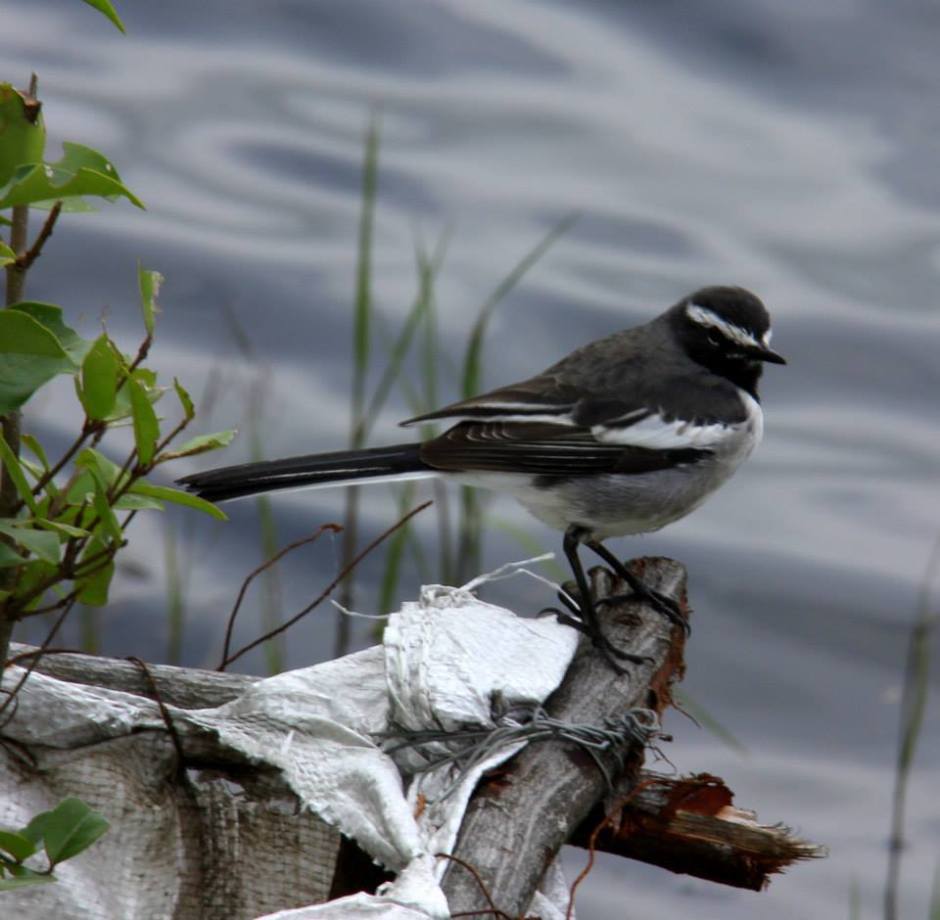 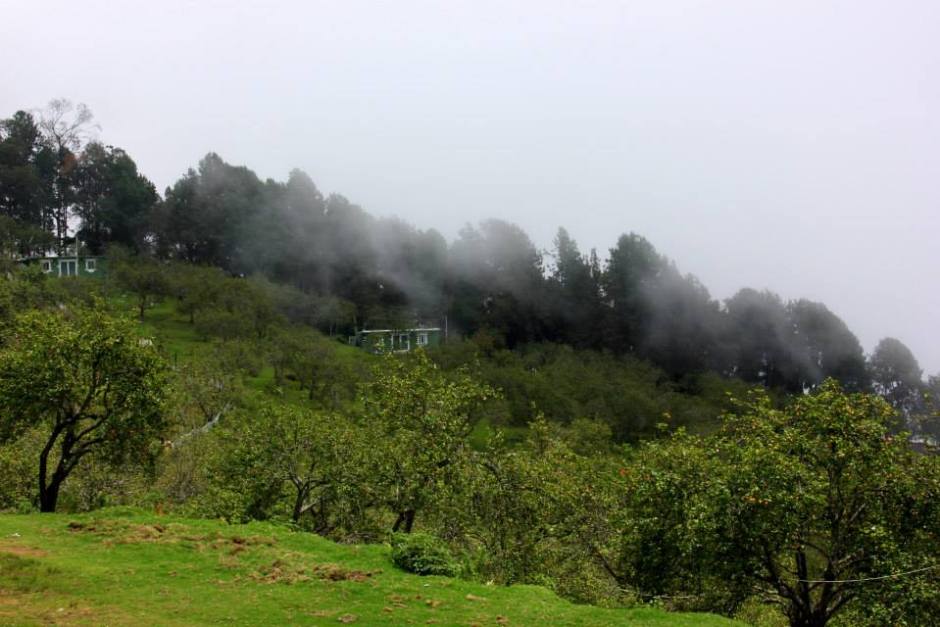 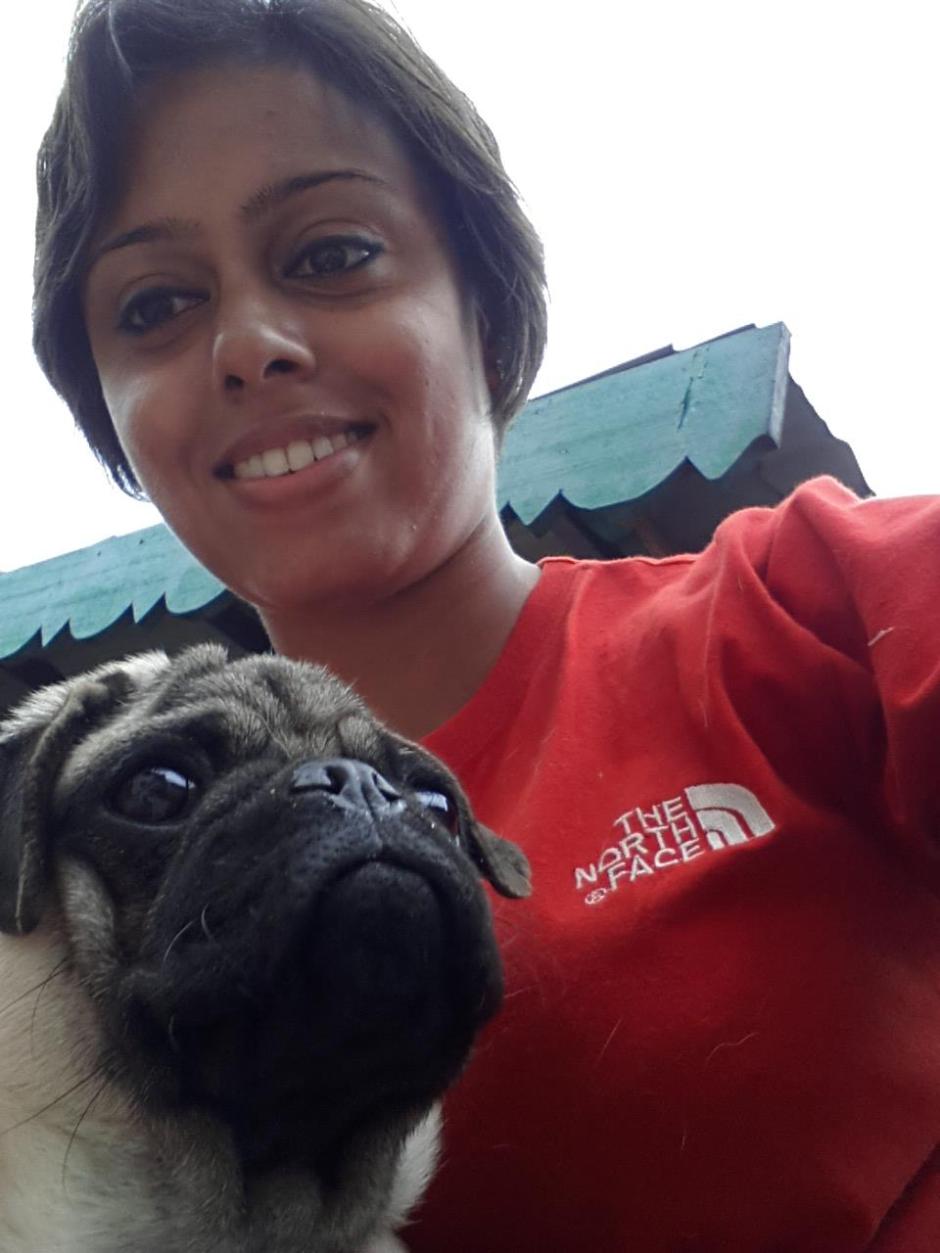 And I had been 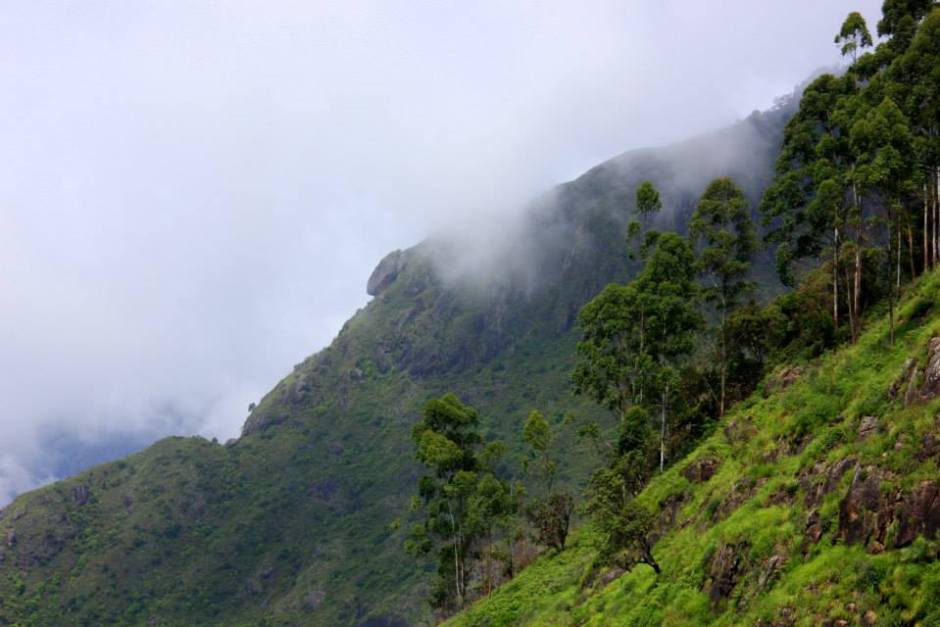 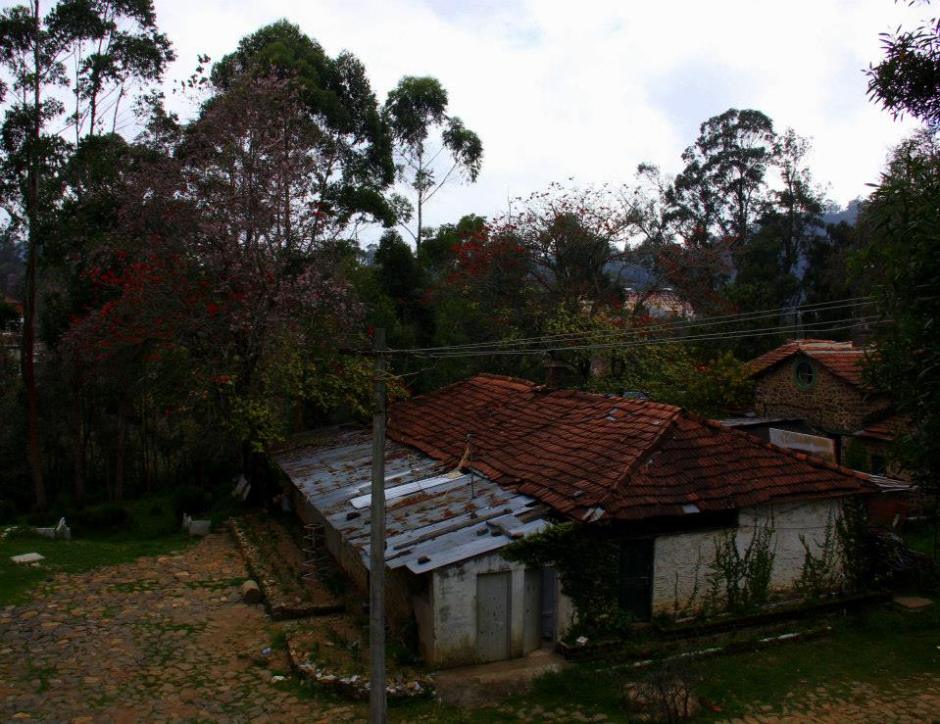 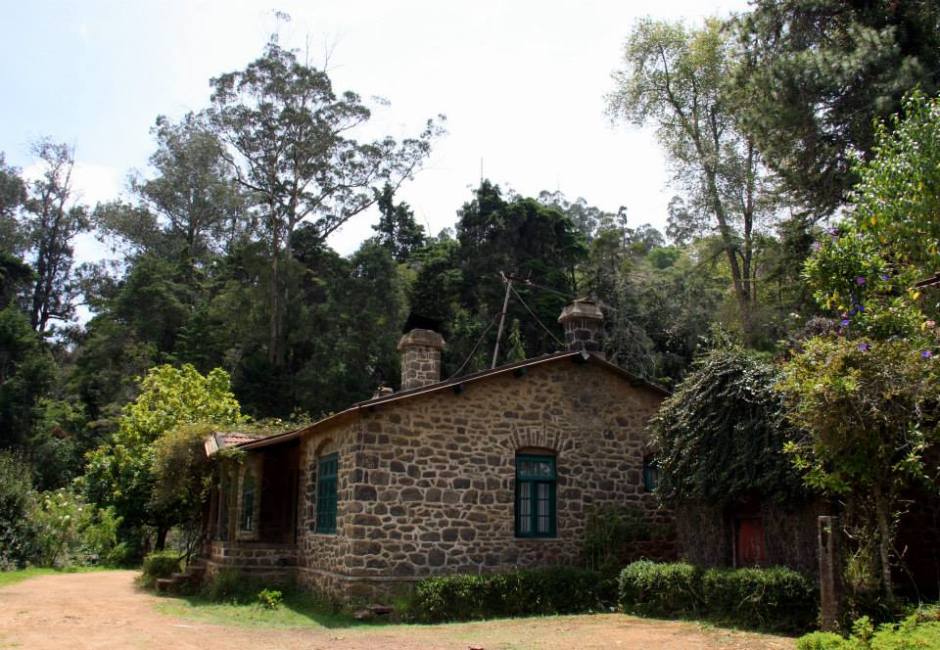 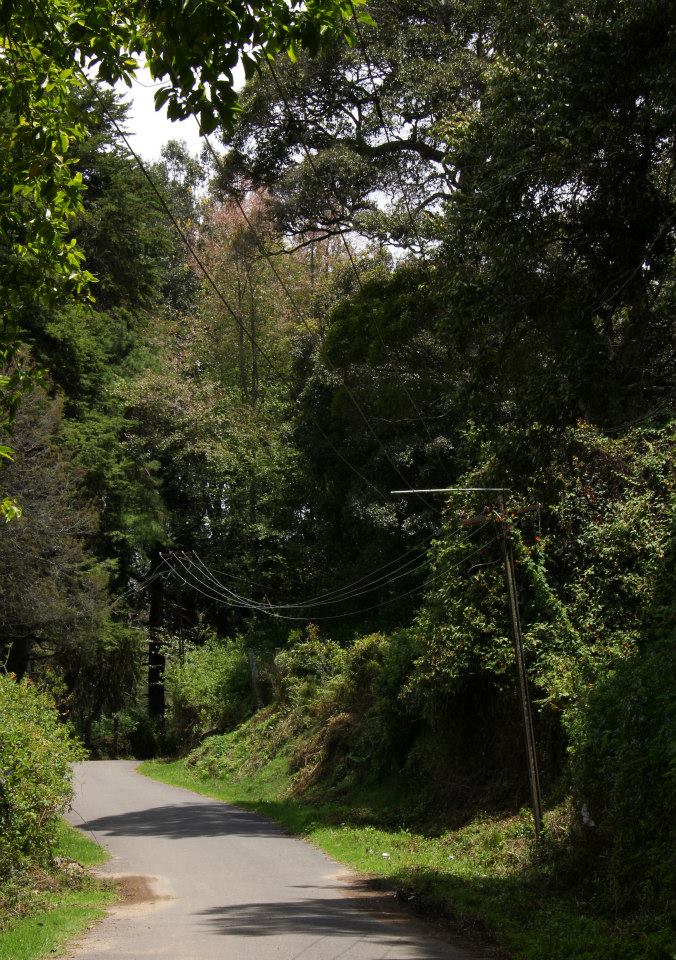 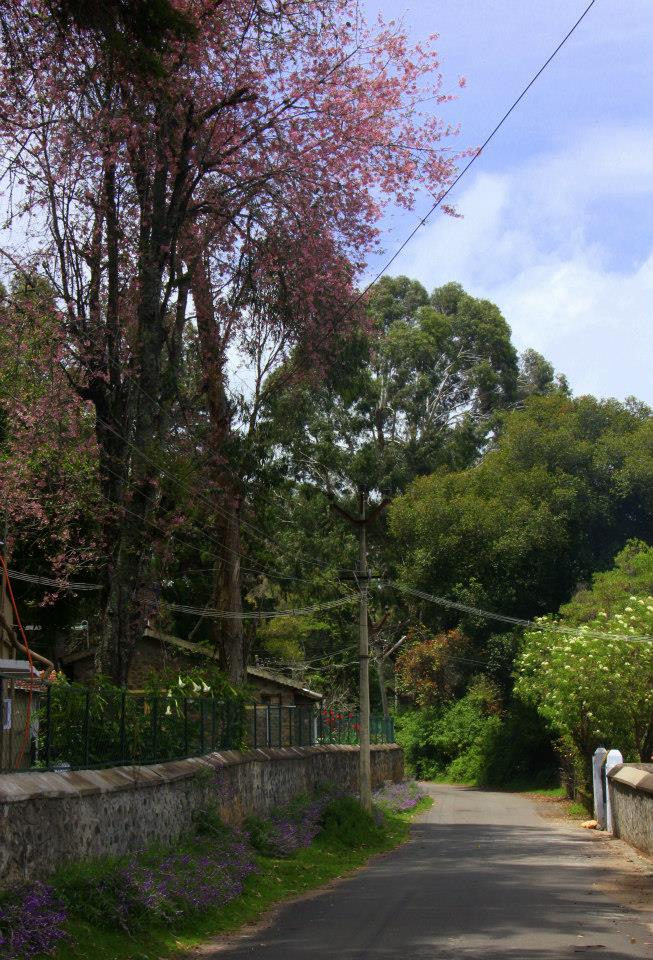 Through its leafy lanes 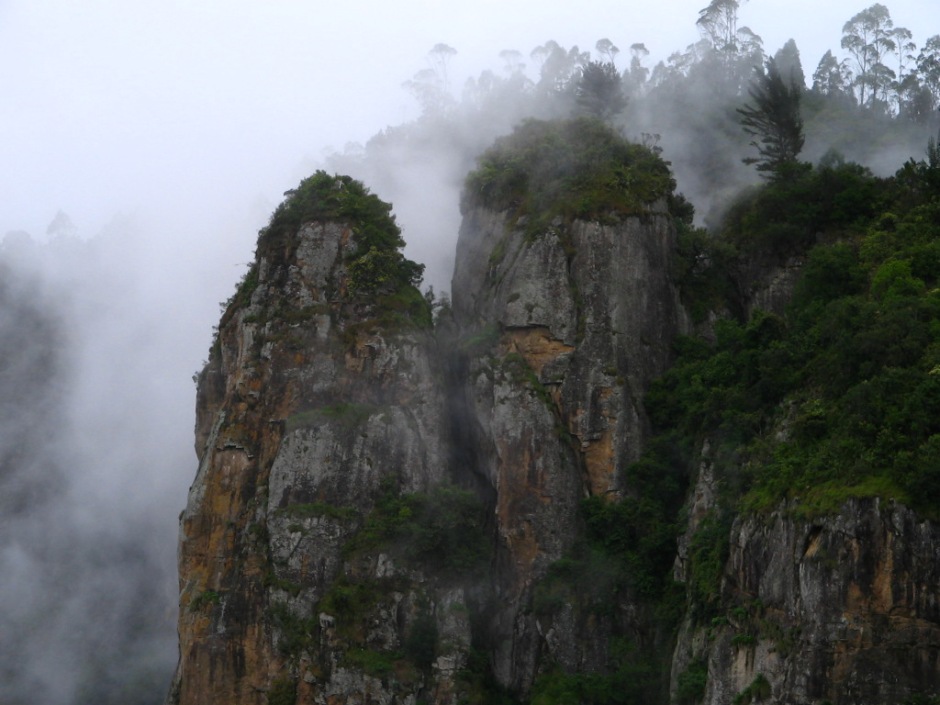 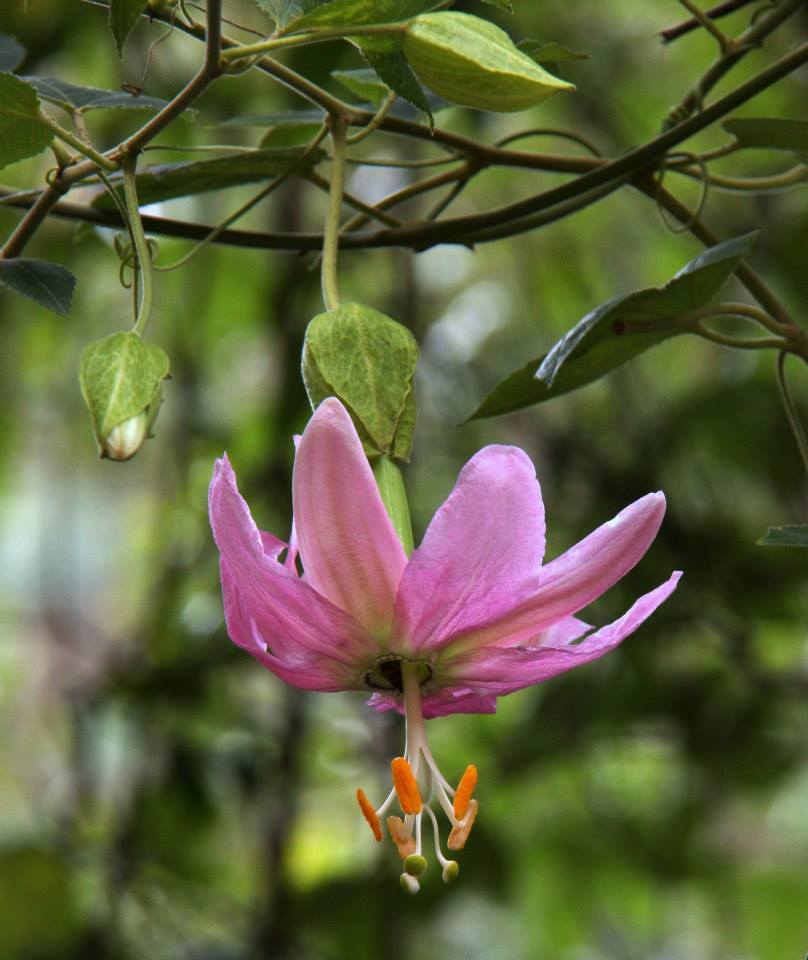 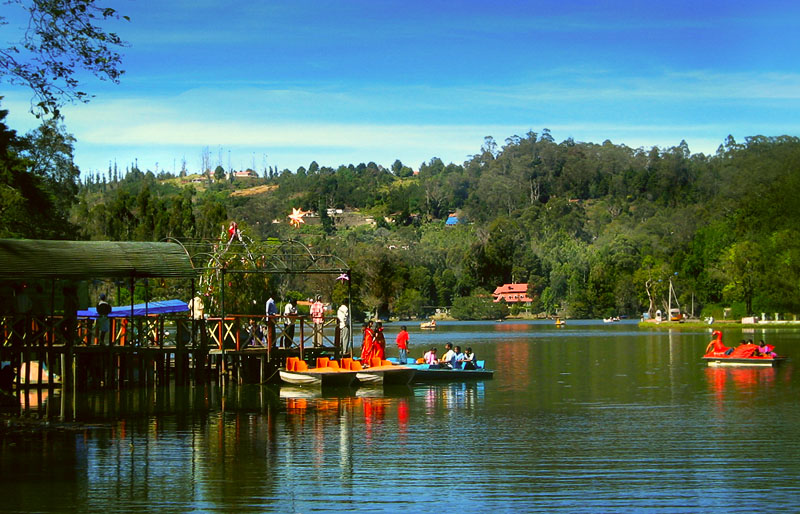 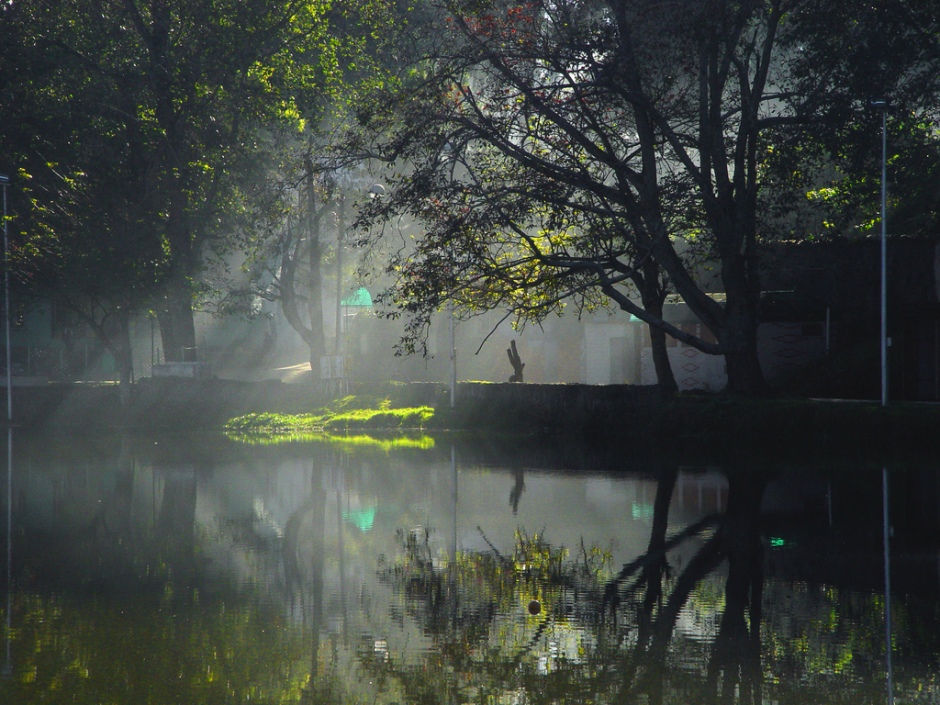 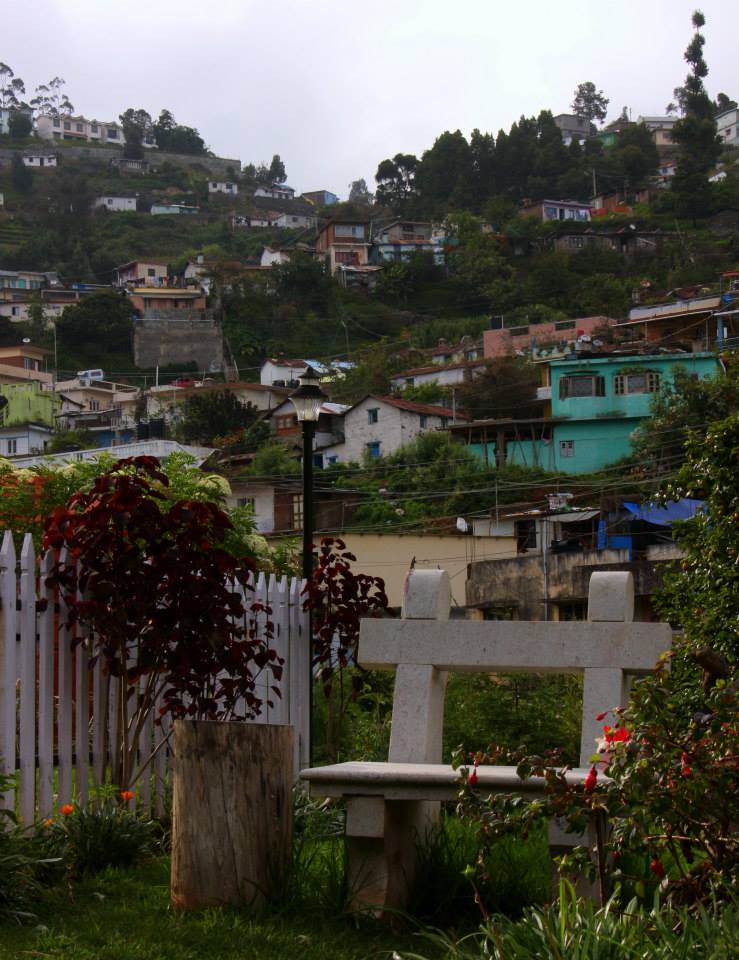 Relaxing with my friend 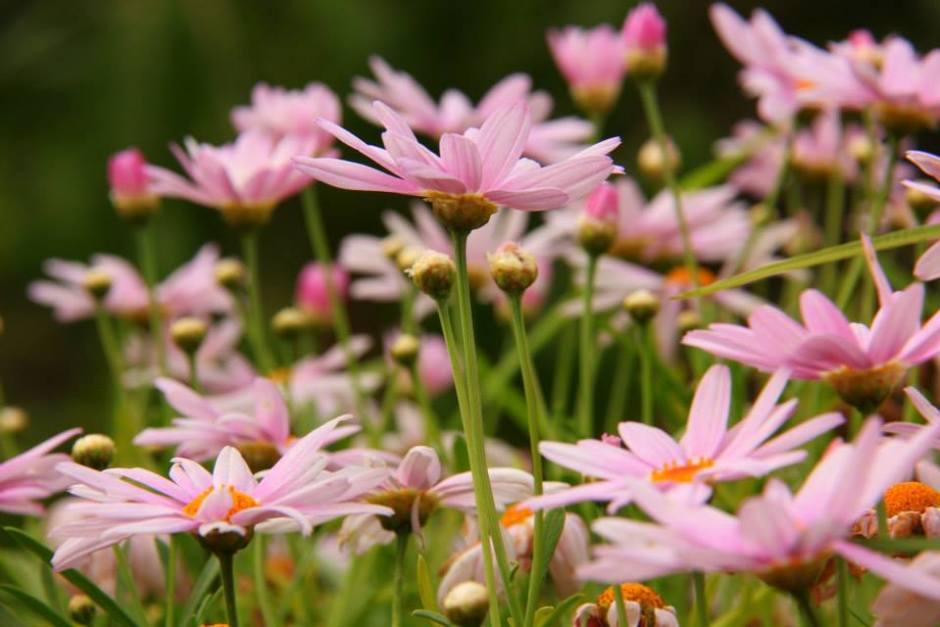 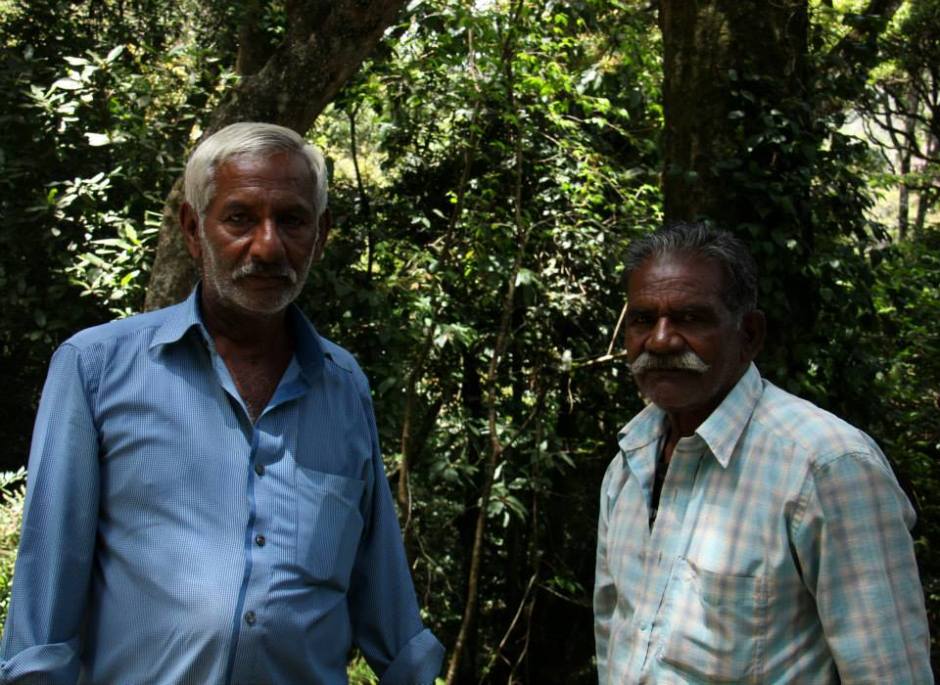 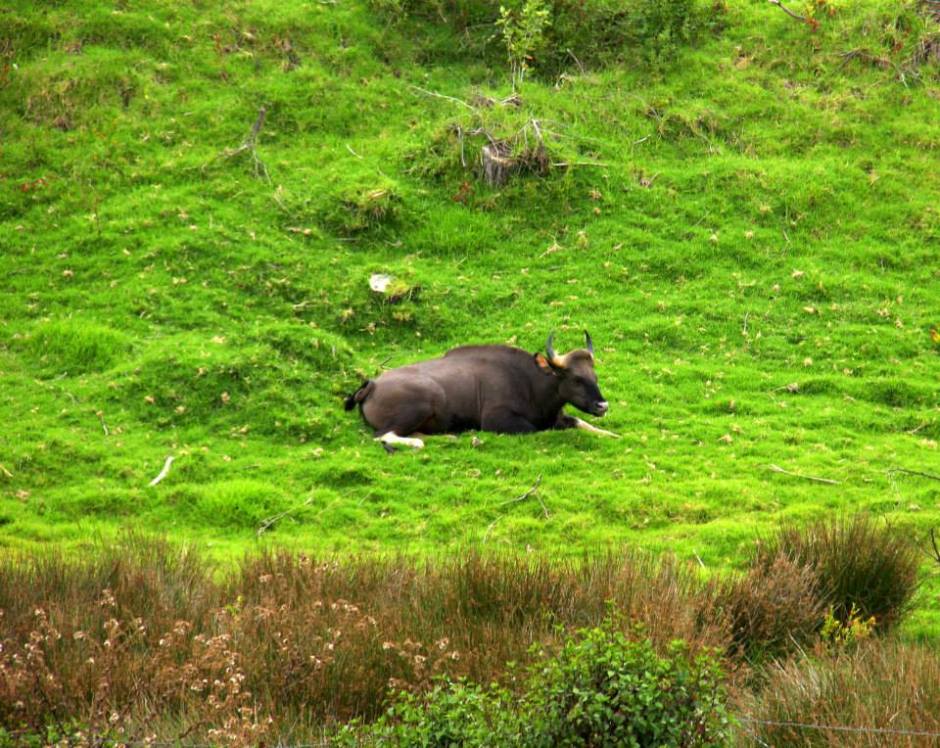 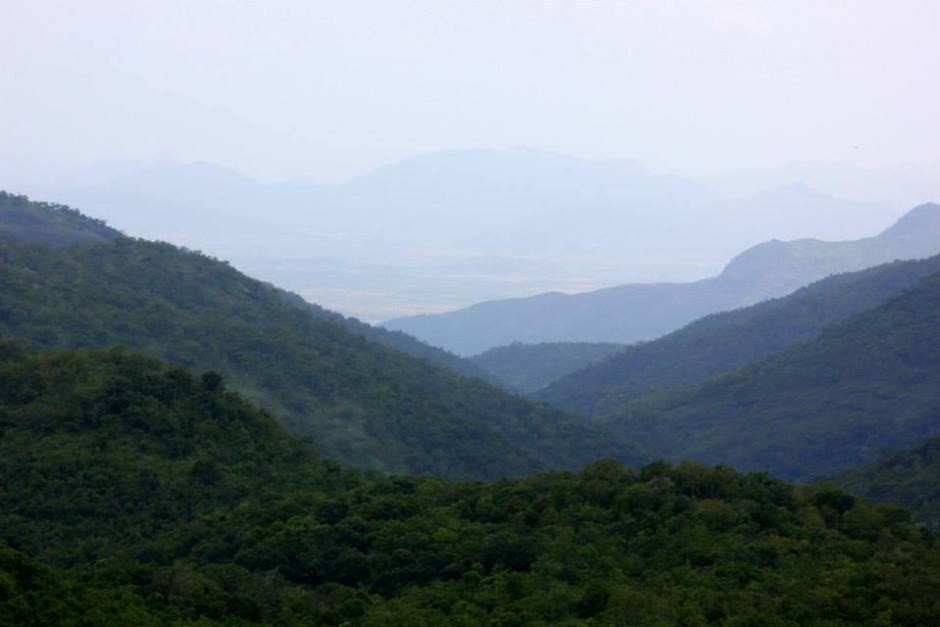 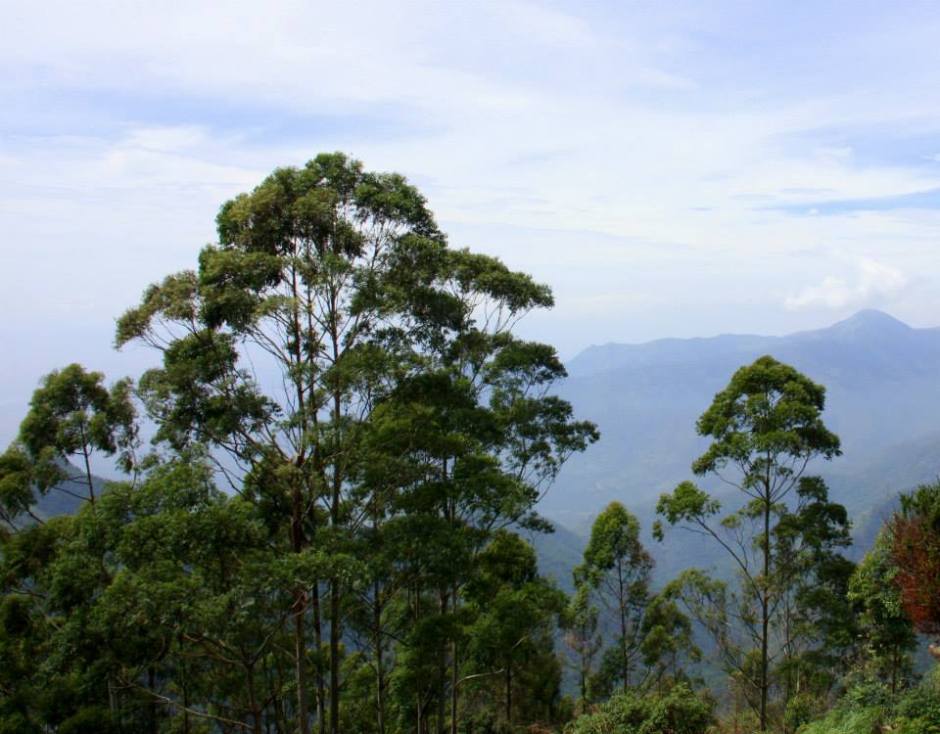