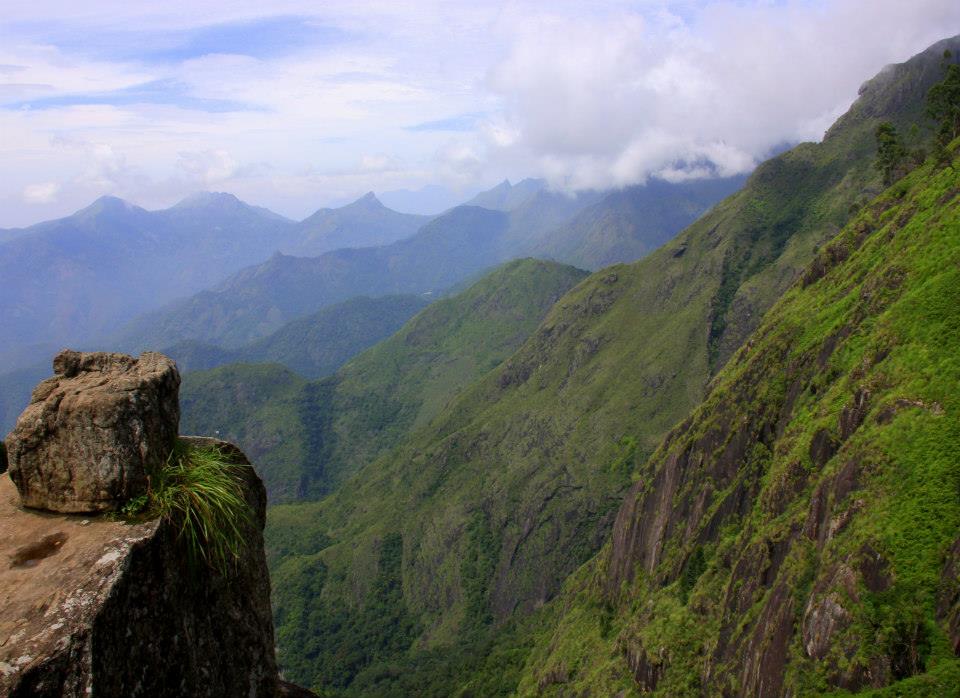 Head for the hills

A mesmerizing Tanjore day trip had not only exhausted me to the core but had also got me late while coming back to Trichy. The rickety government bus from Tanjore to Trichy had ambled at snail’s pace and there had hardly been much people on board. The driver had a deep fascination for Bengalis (especially women) and had chatted with me through out the drive making the journey even slower. Tamil Nadu roads in most parts are one of the best in the country and these make evenings drives very pleasant.

Cool river breeze floods the hot plains bringing relief from the scorching heat and darkness mercifully obscures the eye sore trash filled land. Tamil Nadu had been horribly litter strewn and it had been one of its biggest lows in my eyes. Somehow I could not come to terms with the fact, that in a state where home fronts were scrubbed squeaky clean, people sported spotless fresh looks throughout the day and temples were nearly spanking sterile, bristly dirty pigs wallowed in nearby sewer filled mud and children ran about blithely among trash piles. At places collected trash had formed nearly mini hills and evening breeze had brought hints of burning plastic. There had more plastic visible than grass and river beds had run dry from litter.

Trichy had been choking busy as usual and after a quick dinner, I had rushed for my late night bus to Kodaikanal. It had been pretty late when I had traipsed down the Trichy roads and in sharp contrast to north India, I had felt safe, comfortable and at peace. There had been only 1 bus company which had daily services to Kodaikanal and since it operated out of Chennai, I had managed to get the last seat available. It had been at the rear end of the bus and much to my dismay, upon boarding I had found all the last rows to be occupied by men. While normally it would not have made me hesitant, but keeping the current women safety issues in mind, I had looked around hopefully for a spare seat. There had been none available and the conductor of the bus, sensing the problem had immediately offered his seat to me. Bus conductors usually either occupied a seat in the front next to the driver or had the 1st row seat assigned to them on long journeys. He had given up his seat for me, had assured that I was comfortable and I had been more than grateful for his consideration.

Although I had been very excited about my Kodaikanal trip, exhaustion of the day had made me fall asleep immediately. A lovely old hill station on top of the Palani Hills, Kodaikanal had been popular since the days of the British Raj. It had provided them with the much needed respite from the heat of Tamil Nadu plains and they had flocked there every summer to enjoy some crisp, cool weather. Thus Kodaikanal had inherited a hefty amount of lovely old fashioned British bungalows, club houses, churches and urban legends. Centered around a lovely long lake, Kodaikanal was less touristy than nearby Ooty, had patches of nearly extinct shola forests and beautiful hikes. Its blue green mountains were famous for the elusive tahrs (mountain goats), not so shy bisons and the lilac blue kurunji blossoms which flowered once in every 12 years. It had been the lure of the kurunji flowers which, in full bloom magically carpeted the hills violet, that had drawn me to the misty hills of Palani.

Although more of a beach person I loved mountains too, but had my hilly forays in India limited to the Himalayas in the north and Western Ghats in the west. Kodaikanal had been my 1st visit to a south Indian hill station and I had never been more happier about my travel decision. Beautiful, quiet and refreshing, my Kodaikanal experience had been one of the best travel moments ever and I had come back from there wanting for more. Flowers, tree trails, handle bar mustaches on friendly faces and coming face to face with Stone Age remnants had marked my Kodaikanal trip and I had fallen asleep that night with heavy expectancy on my mind.

Had templed me out

And I had been more than happy

To leave the crowded plains

And I had happily

For some relaxing time

In the lap of nature