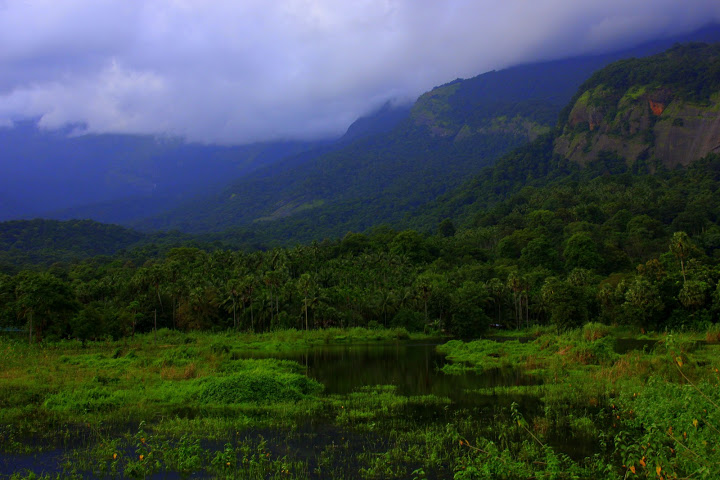 A retreat into Palakkad in Kerala

Palakkad is the gateway to Kerala. Celebrated as the rice bowl of the state, Palghat, or Palakkad as it is also known, has a low mountain pass called Palghat Gap which separates Kerala from the neighbouring Tamil Nadu. The pass is located between the Nilgiri Hills and Anaimalai Hills and many important local rivers like Bharatha Puzha originate from there. A lush emerald-green land of hills, rivers, mountains, forests, and streams, Palakkad derives its name from 2 Malayalam words Pala and Kadu (forest) and the region was once densely covered with sweet-smelling flowering Pala trees. The famous gap which serves as a corridor was once a vital trade route between the east and west coasts of peninsular India. Moreover, the 15th-century migration of Brahmins into Palakkad has blessed the region with a potpourri of arts. Palakkad is blessed with some of the finest classical music schools and many great Carnatic musicians have hailed from this green region.

Intrepid, and offbeat this is Palakkad

Visit Palakkad for some soul therapy

The famous Palghat Gap also affects the weather patterns of this region and the district is incredibly rich in flora and fauna. One of the most beautiful districts of Kerala, Palakkad is abundant with skinny palmyra palm trees, endless stretches of paddy fields, glassy lakes, and patches of shola forests. Many wildlife sanctuaries, dams, historical monuments, and great weather make Palakkad a very relaxing place and traditional ayurvedic treatment centers relax urban visitors further. Recently on our flight back from Kochi to Jeddah, Tarek and I met a French lady who did not mind 7 hours layover at the horrendous Saudi airport. In fact, she calmly shrugged off the annoyance, which might have frustrated anyone else and claimed her serene state of mind on an Ayurvedic retreat in Palakkad. Needless to say, she loved Palakkad and I remembered my own beautiful time there.

the “Rice Bowl” of Kerala is beautifully green.

The different shades of Palakkad green

It was in 2016 that I visited Palakkad for the first time. After a whirlwind cultural trip in and around Kochi, I boarded an early morning train from Ernakulam to reach Palakkad. The train journey was a beautiful one and the three hours ride blended into different shades of green. Kerala is an unbelievably beautiful tapestry of many shades of green with each hue being richer than the other. My Kochi host’s local friend took over my guiding responsibility in Palakkad and he made sure that right upon reaching I was safely checked into a comfortable city hotel. Nondescript and quaint Palakkad town had nothing much spectacular to offer and except for the moat circled fort and an ancient Brahmin colony I did nothing much there.

The outskirts of Palakkad, however, were another story and the area was packed with exciting things to do. The expansive Malampuzha Dam with its gardens was a lovely place for a stroll and rubber plantations ringed it from all around. The stony Western Ghats were covered with moisture-laden clouds and the canopy of green forests was of densest emerald colour. It was a very scenic landscape extremely and water bodies, both natural and manmade reflected the rain patterned sky. The air of Palakkad was very moist and rows of skinny palms stood submerged in the water of the dam reservoirs. The palms created startling silhouettes against astonishingly beautiful sunsets and it was as tranquil as it could get. All this and astoundingly relaxing natural beauty made me linger at Palakkad longer than I planned and every single day of my stay included forays into the woodland.

Palakkad is full of reservoirs and forests.

You may linger longer than planned in Palakkad

This unplanned extension of Palghat stay altered the rest of my itinerary and I had to squeeze my Neeliyampathy visit into a day trip. The visit to the Silent Valley National Park got canceled completely and despite these changes, I loved every moment of my stay at Kerala’s green granary. Palakkad was truly a memorable alternative to the state’s charming coastline and backwaters and the region was a shining example of  Robert Frost’s famous lines, “Two roads diverged in a wood, and I took the one less traveled by, And that has made all the difference.”

The nearest airport is 55 kilometers in Coimbatore and Kochi airport is 160 kilometers away. Palakkad has two train stations, with the main one being Palakkad Junction.

The months between September till March are the best time to visit Palakkad. To enjoy the monsoon deluge, plan your visit in June-August.

Palakkad has many excellent Ayurvedic and yoga retreats. There are also some modern hotels like Hotel KPM Regency, where I stayed.

This lesser-known destination of Kerala is a feast for the eyes.

Things to Do in Palakkad

Palakkad is celebrated as the granary of Kerala.

It is a land as old as time.

And the descendants of migrated Brahmins make it a cultural hot-spot.

Though Palakkad town is not quite spectacular in itself,

The namesake district is

Is a magical green land.

The villages are flower-filled

and life moves there at southern India rustic pace.

And then are the endless green

And the blue skies and hills.